written by published: 4 years ago 468 views 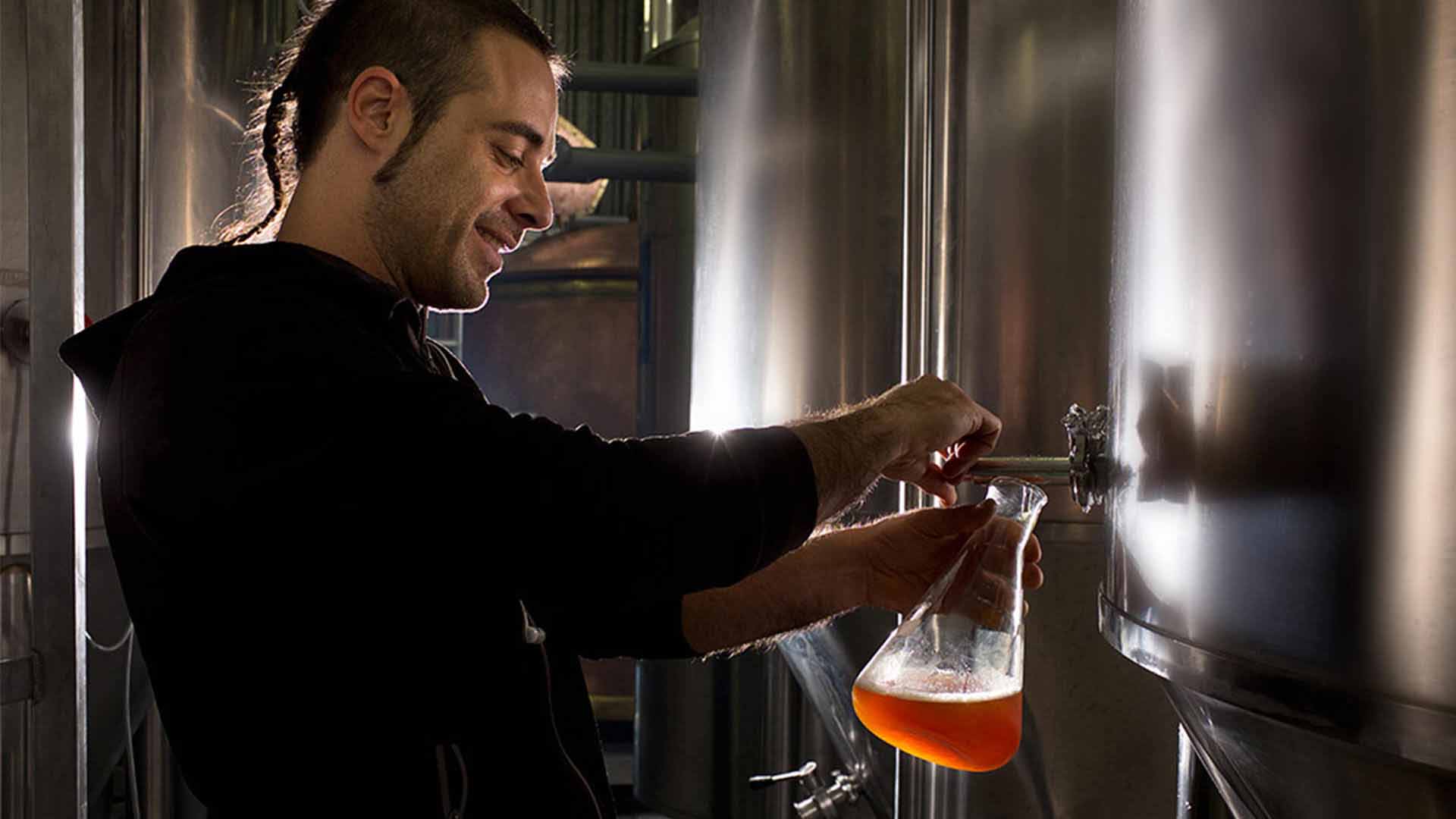 Antonis Moustakas was born in Alexandria Imathias, in 1981. After his chemical studies at the Aristotle University of Thessaloniki and his master’s degree in Food Technology at Wageningen University of Holland, he worked as research and teaching staff in the Polytechnic University of Crete. He also was a bass guitar player in blues and rock bands, but he left all these behind to dedicate himself in beer production and create along with three friends the ALI Thessaloniki Microbrewery. His first interaction with the brewing industry was at Canterbury Brewers in England. Many breweries of England and Sweden followed, and his wandering is continuing at the tastes of ALI. Along his way, he is carrying some tastes. An incredible Imperial Stout from Westbrook Brewing Co. aged with cocoa beans, vanilla, cinnamon stick and fresh habanero peppers with multidimensional taste, that emerges its balanced ingredients as it gets warmer in the glass. Chocolate and cocoa flavors, as well as the velvety creamy body, dominate, while the spicy portion of peppers has a long-lasting. I’ve tried it from draught at Hoppy Pup and it is for sure one of the beers that has impressed me pleasantly. An easy to drink American Pale Ale, with intense aromas from citruses and tropical fruits in a great balance with each other. I’ve tried it last year directly from the tank before it gets bottled at the tour that Marianna herself was giving me in the brewery of Weird Beard Brew Co. Recently I’ve seen some bottles in Greece something that makes me really happy. Black IPA from Athens. I’ve met the guys from Noctua last year the day they were doing dry hoping in their first batch of Night Vision. I’ve tasted the beer from the tank before adding the last batch of hop and I was insisting not to change anything because it was amazing as it was, maybe not for an IPA. Thankfully they didn’t listen to me. It is a beer that combines characteristics from two of my favorite styles IPA and Stout. It is a nice addition in the fast-growing Greek brewing industry. A Trappist Ale which is produced in a monastery in Holland. I’ve tasted it for the first time in De Vlaamsche Reus a pub where with the guys from ALI we used to go out during our studies in Wageningen. That was the first time I’ve tasted something different from the beers I have used to dink in Greece and at the time were mostly lager and Weiss. The malty aromas and the taste of caramel along with the high volume of alcohol was something unprecedented. Maybe that was the trigger to get more involved, first with beer drinking and then with beer making. An Imperial IPA which is made with way too many amounts of hops. Its bitterness and the high volume of alcohol warns you in every zip. Brewdog showed from the beginning it can provoke not just in brewing levels but also in terms of marketing. In a few years, they managed, from the garage of their home, to have an entire factory funded by their fans (equity for punks). I’ve tried it in the Brewdog Pub in Edinburgh when I was looking to do my internship in a brewery. I continue drinking it wherever I found it, until recently when I found out that they stopped its production. An American IPA, a creation of two gypsy brewers from Sweden. Strong aromas from tropical fruits and citruses, malty and bitter it is one of the “fullest” IPAs that I have ever tried. My first contact was at the Hoppy Pub, in Thessaloniki, from draught and I remember that its aromas were so intense that it was impossible for me to taste any other beer.