written by Beer and Bar Magazine published: 5 years ago 426 views 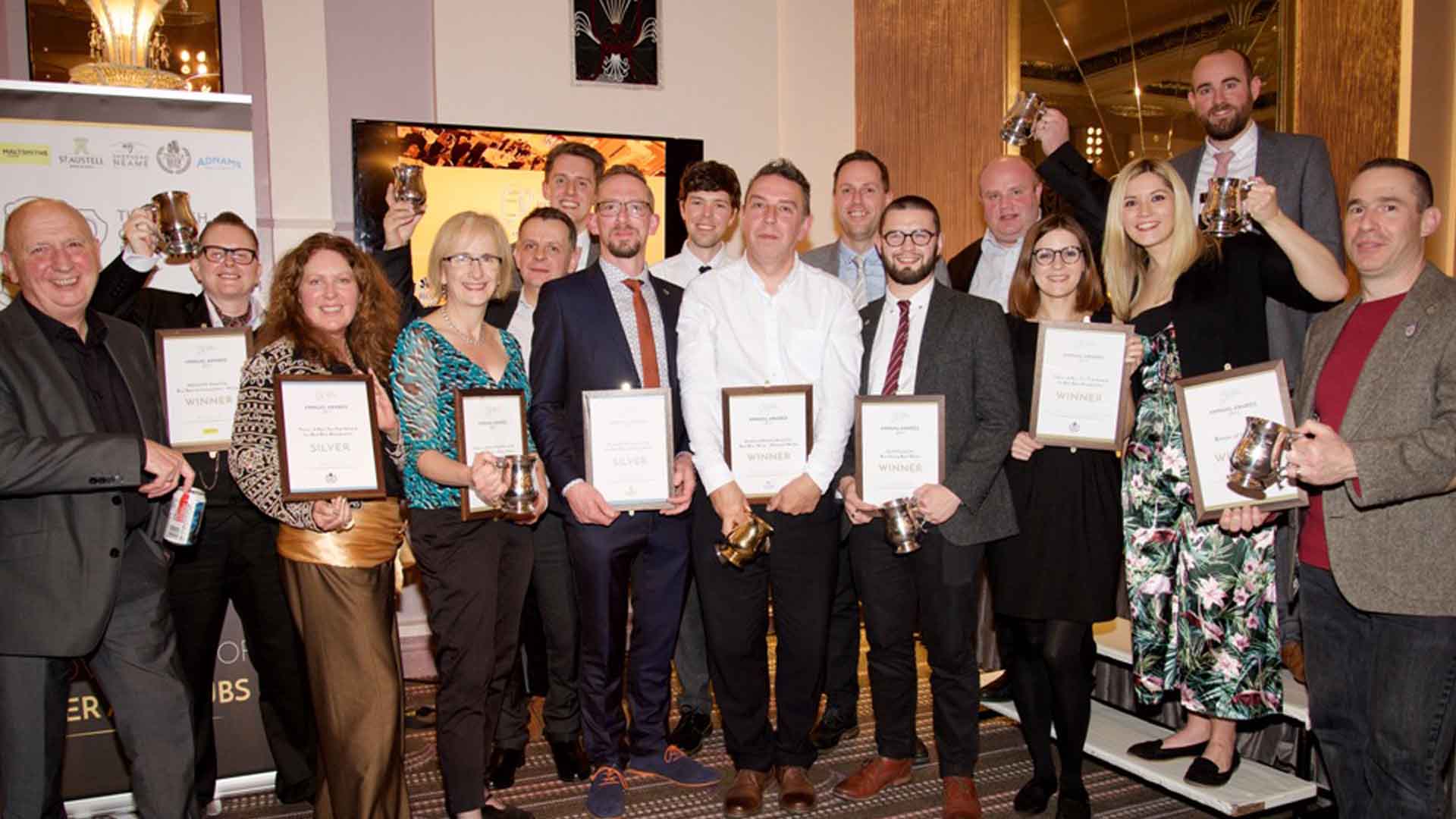 Adrian Tierney-Jones has been named Beer Writer of the Year 2017 at the British Guild of Beer Writers’ annual awards ceremony, staged on 29 November.

Beer Writer of the Year is the top award in the Guild’s annual competition for writing about beer and pubs, which this year received more than 130 entries across nine categories.  Tierney-Jones won the National Media award and took the runner-up spot in the Trade category on his way to the overall prize.

Tierney-Jones has written about beer and pubs for around 20 years and his words appear in national newspapers, drinks trade titles and in a string of books including The Seven Moods of Craft Beer, published earlier this year, which was part of his winning submission.

Pete Brown, last year’s Beer Writer of the Year and chairman of judges for the 2017 competition, said, “Everyone who’s stepped up to the podium tonight should be extremely proud; they have been recognised as one of the best writers, broadcasters or bloggers about beer and pubs. This year’s field was particularly strong and the judges had to make some tough decisions at shortlisting stage and then in selecting the Gold and Silver award winners.

“We’re pleased that the prizes have gone to new names on the beer writing scene, as well as established writers – one of our Gold  Awards was won by a first-time entrant. We were also delighted with the quality of entries to our new Citizen Communicator category, which has given amateur writers their own platform and revealed some exciting talent which we expect to see again.”

He added: “Our new Beer Writer of the Year, Adrian Tierney-Jones lives and breathes his subject. And talks about it without ever seeming to draw breath.  As well as constantly seeking to learn more about beer, after decades as a journalist he’s also still constantly seeking out new ways in which to communicate his passion and knowledge to the reader. Adrian is no stranger to these awards, but this year was his strongest yet and he was the judges’ unanimous choice for the top award.”

Brown was joined on the judging panel by Keith Miller, food and drink commissioning editor at The Daily Telegraph; Bruce Smith, brewer at Maltsmiths Brewing; David Cunningham, programme director at There’s A Beer for That, the campaign to reignite Britain’s love of beer.

The Awards ceremony also saw the Guild’s Brewer of the Year title go to Justin Hawke, head brewer and founder at Moor Beer. Presenting the Award, Guild chairman Tim Hampson said, “Justin delivers flavourful, high quality beers time after time, combining innovation in beer packaging – which has seen their ‘canbulance’ take their canned beers on the road – with classic flavours that show just what can be done with the four core ingredients of beer. Moor Beer is always modern, but with an eye to the history of beer and brewing.”

The winners and runners up in each category were announced at the Guild’s annual dinner held at the Park Lane Hotel on Piccadilly.  Guests enjoyed a four-course dinner, with each dish accompanied by a specially selected beer: Brew by Numbers’ 01/31 Saison; Wild Beer Co’s Modus Operandi; Wimbledon Brewery’s Quartermaine; Old Dairy’s Dark Side of the Moo and Shapeshifter from Four Pure. Other beers from the Award’s sponsoring brewers – Adnams, Fuller’s, Maltsmith,  St Austell Brewery and Shepherd Neame – were sampled before and after dinner.

AND THE WINNERS ARE…

Brewer of the Year

There’s A Beer For That Award for Best Beer Broadcaster

Guild Award for Best Young Beer Writer of the Year

We congratulate all the winners and wish that all Guild members to keep writing and promoting beers and breweries that deserve to be mentioned! We are very happy that Adrian Tierney-Jones and Susanna Forbes have contributed to our magazine!