Sour and saison Beers! The world of beer is full of astonishments

Who would have expected that sour beers– a style which a generation ago was seemingly dying out and limited to a few beers from Belgium would become a worldwide phenomenon? Well, sour beers have returned and are taking the craft world by storm.

Today, there is fevered, passionate interest in a style called sour, based on the Belgian Lambic beers, produced by spontaneous fermentation, using not cultured yeast strains but wild yeasts in the atmosphere.

Who says Belgium is boring? The country is historical home to more historic beer styles which are still being brewed than any other. One such is the palate challenging Lambic. A sour wheat style beer exclusively brewed in and around the Brussels area. Its fermentation mirrors medieval or even earlier brewing techniques.

It was a beer style first brewed before brewers understood about pure yeast strains – it was Louis Pasteur and Emil Hansen who developed this technology in the last half of the nineteenth century. With this understanding came the ability to brew consistent clean tasting beers which were less likely to spoil. Despite this, the brewing of Lambic beer has remained an ongoing and intriguing activity in the part of Brussels known as Payottenland.

At the heart of the style is a complex fermentation using naturally occurring wild yeasts and bacteria. The yeasts hang in the air, reside in the walls and can be found in the wooden rafters of Payottenland’s brewers, they are part of the fabric of the area. It is said that each Lambic brewer has its own unique variation of the yeast and brews its own unique version of the style.

No beer traveller to Brussels should leave the city without visiting the Cantillon brewery and museum. Founded by Paul Cantillon in 1900 it was one of the hundreds of breweries in the capital. Then there were many similar breweries in the area, brewing one of the world’s great beer curiosities. Today, Cantillon’s current owner Jean-Pierre Van Roy says it is hard for him to sell his beers in Brussels. But, what is Belgium’s loss is America’s gain of 50% of the product is now exported. A telling map on the wall in the brewery show what many small specialist beer producers in Belgium have had to do to survive export – it shows more than 30 places in the US where people can go and buy Lambic beers with only 11 in Brussels.

Here in the brewery close to the Gare du Midi, and still using equipment which was installed in 1900 can be experienced the life-affirming joy of seeing beers brewed by spontaneous fermentation in an open vessel before they are matured for long months in old oak casks, which lie in the brewery’s basement.

Once the beer has been boiled for several hours with the hops it is pumped into an open vessel called a coolship. Here the wort cools quickly. The coolship is close to the ceiling and there are vents and holes in the wall and the roof through which a good flow of fresh air and the area’s wild yeast flows and caressing and infecting the beer.

After fermentation, the Grand Cru Bruocsella Cantillon is matured for three years in oak barrels Van Roy says he is the servant to and not the master of the beer. The contents of each cask are unique, and an age-old exploration of how beer’s simple ingredients of grain, hops and wild yeast can evolve and develop their own character.

For the uninitiated palate, the first taste of a Cantillon beer can be a startling experience. It’s tart, bitter, acidic and tongue curling. But give it time. Use all your senses to explore every facet of these historic beers. Many experience a Damascus moment and realise these are great and unique beers.

Another heritage style is from French-speaking Belgium and North West France is the saison. Google Translate is not needed to work out that saison means season. The name derives from the fact that the beers were originally brewed by farmers to refresh their labourers during the harvest season.

At a time before refrigeration and cooling were available, brewing was confined to the autumn and winter. Farmers would take grain and hops from the fields and brew and store beers for the summertime.

Yeast, that essential component for turning sugar into alcohol as part of its lifecycle, doesn’t thrive if the ambient temperature is too high. In addition, the warmer temperatures are more likely to create the conditions in which bacteria can prosper and spoil the beer. Perhaps this is why some of the best saisons often have a swirl and caress of lactic acid. The original saisons were made in an era before refrigeration, and often spices and other botanicals would have been added to disguise any spoilage in the beer. The bonus of a spicy addition is that like the botanicals in a good glass of gin they make it easy drinking and super refreshing.

These thirst-quenching beers would be cask or bottle conditioned and research suggests that in some cases the wort produced by mashing would be allowed to acetify in the manner of a Lambic beer. There are also strong links with the bière de garde produced across the border in the Nord-Pas de Calais region of France, which was also originally farmhouse beers.

Most of these seasonal farmhouse brews have long since disappeared, though many of the new wave craft US brewers producing their variant of the style. However, in Hainault region of Wallonia, which is close to the French border, the practice of brewing a seasonal beer has continued. But once where there were hundreds of breweries, there are now just a few.

Brasseries Dupont is in Tourpes, in the centre of West-Hainaut. A modern brewery it is part of a farm, which dates to 1759. According to some records, the brewing has been going on here since 1844, but no one would be surprised if it started earlier.

The brewery still uses its aged coal-fired kettle and it is said the intensity of the flame under the copper depends on how windy it is that day and the direction it comes from.

It is hard to define what makes a Saison. Originally, they were made by farmers who probably just used what was to hand. Top-fermenting beers, these were beers for personal consumption and not commercial products. Recipes if there existed were probably not written down.

They could be light or dark, hoppy or spicy, sweet or dry. However, Dupont is regarded as producing the definitive and probably best example of the style. Though it must be said its current strength of 6.5% ABV, does seem a little strong for a lunchtime drink. Earlier variants were probably around 4.5%.

But the variation is the beguiling attraction of the style – originally the beers would have varied from beers low in alcohol which children could safely drink. These were the health and energy drinks of the day. Other saisons would have been table strength and families would sit around their table eating hunks of bread, goat cheese and cured meats while quenching their thirsts.

Unfiltered in the bottle, the beer is a hazy yellow and beautifully balanced. And drinkers shouldn’t be concerned if there is some sediment either in the bottle or poured into the glass. This is a living beer which is bottled with yeast, sur lees. Ageing wine on the lees is common practice for white Burgundy and other Chardonnay style wines, but it is also a technique used by brewers.

The beer is hoped with Kentish Goldings – which give a faint but gentle hint of orange fruit and a touch of spice. The finish is long and dry, leaving the drinker ready for another sip.

The beer is soft on the tongue and even has some cheesy aromas. Add to this some tart and citrus zesty notes and the result is a beer which is which is very refreshing. It is a perfect partner to many foods especially locally produced spicy sausages and a venison or beer stew flavoured with juniper.

Sour beer is more a descriptor than a style, and it is one of the hottest trends in American craft brewing. It is a fashion which is now being followed around the world from Brazil to the UK and on to New Zealand brewers are souring their brews.

But the time, costliness, and potential for error due to inexperience make the making of a spontaneously fermented brew a challenge few are willing to take up.

The classic sour styles like Lambic months to develop their character in and even then, only under ideal conditions, where everything from the dust and cobwebs of an old brewery to the microbes and bacteria in the breeze coming off the fields are conducive to the style. Indeed, global warming has left the brewers making spontaneously fermented sours fearful the climate will become too warm for them to continue making their beers. Naturally warm conditions are the enemy of good brewing.

American brewing is an amalgam of many traditions. The Germanic immigrants to America bought with them the stringency of making clean tasting beers with the maximum of efficiency and the minimum of time. Cleanliness was next to godliness. Making a beer which would be made with a bacterial infection would have been a complete anathema. The notion of souring a beer through infection or storing it in a wooden barrel for at least a year and letting nature takes its course was for many a step too far. Brewers did not want bugs in their brewhouses.

They discovered kettle souring. It is now a technique which is being used worldwide to quickly lower the PH of a beer without the risk of cross-contamination in the brewhouse. To do this, the brewer required some degree of temperature control and a supply of Lactobacillus bacteria. Some brewers got their bacteria from the pot of Greek yoghurt. More common is using a proprietary Lactobacillus

A similar technique to kettle souring is sour mashing. To achieve this the Lactobacillus has to get to work before the beer has been fermented or even boiled. The bacteria are found on malted grain and is released by adding warm water as is normal for most brews. But instead of quickly raising the temperature, the grains are left to steep in the water for eight to 12 hours before continuing with the mash as normal.

Soaking (steeping) the grains awakens the bacteria and develops acidity and tartness. Typically, the brewer would then mix the soured mash into their main un-soured mash. A mixture of 20 per cent soured mash to un-soured would be typically used.

Kettle souring and sour mashing don’t yet produce beers with the depth and complexity of their European forebears, but they are certainly drinkable. 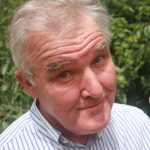 Tim Hampson, is the former Chairman of British Guild of Beer Writers. He is a famous and experienced beer writer, responsible for various publications.

Any cookies that may not be particularly necessary for the website to function and is used specifically to collect user personal data via analytics, ads, other embedded contents are termed as non-necessary cookies. It is mandatory to procure user consent prior to running these cookies on your website.