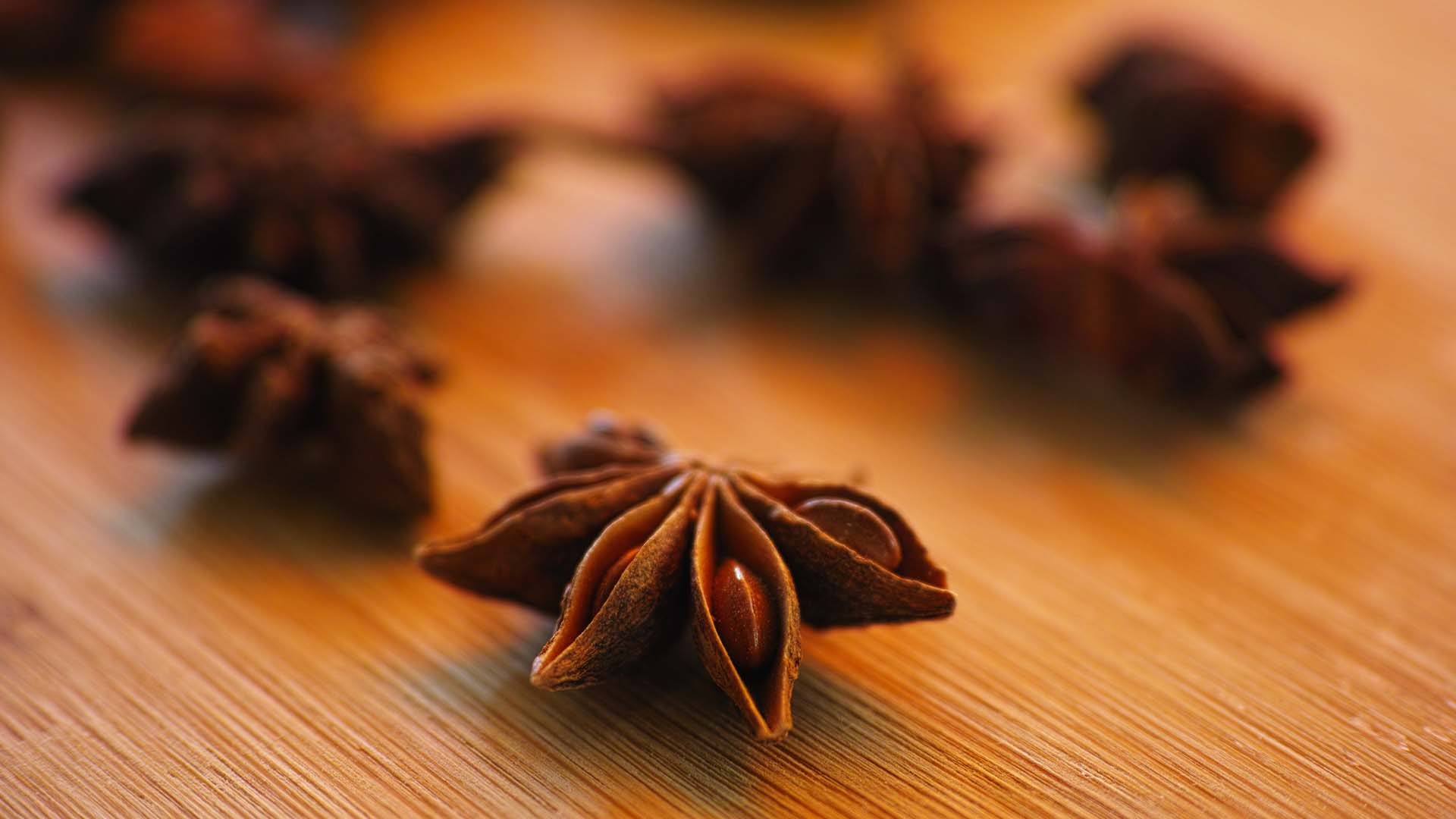 Its aroma is instantly recognizable to anyone who has drunk or eaten anything that had it as one of its ingredients. If you are not familiar with the smell of star anise, think of ouzo. Its origin is not native to Greece, although as people, we are quite fond of it.

Star anise has its origins in the far East and South Asia. It is found mainly in northeastern Vietnam and China. The main production countries have been Egypt, India and China. In fact, in Egypt, it was mixed with other spices to create a mixture that was used to cover mummies and in China, it was considered a sacred plant. Sources say that star anise came to Europe at the end of the 16th century by an English sailor, while it was also cultivated in Greece (with the village of Lisvori in Lesvos being rumoured to have an excellent anise quality). In the 4th or 6th century AD the Sophist Ierophilous mentions the word “anisotto” as a description for fine wine. From “Practical Agriculture” of Fesis we learn that in 1905 the Greek state devoted 2000 acres to anise cultivation. Since then cultivation has been limited, with prospects for extensive cultivation.

But let’s make it clear anise or aniseed, belongs in the apiaceous family pimpinella anisum and it is a herbaceous perennial plant, while star anise, illicium verum, is an indigenous, medium-sized tree.  Similar flavour, completely different plant. Star anise, although more impressive in appearance, is considered to be the least expensive substitute for anise.

The tree grows to a height of about one meter. Is cultivated for its fruits and seeds. The fruits are dried and used as a spice and the seeds are distilled using the steam method to create the essential oil. The fruits have the characteristic star shape and are dark brown colour. Both have a slightly sweet flavour that is reminiscent of liquorice and fennel.

As it is known, the initial use of spices and herbs was pharmaceutical.

In the market, you can find anise seeds and fruits of the star anise. Prices as always vary depending on the country of origin. They can be as low as €22.00 per kilo or as high as €72.  Star anise essential oil is also available for use in aromatherapy.

Anise has many applications, including:

In cooking, star anise is used to flavour bisque type soups (a soft, creamy soup with drained shellfish broth), sauces giving its distinctive aroma and flavour and of course, marinades. In the kitchens of the world, it accompanies pork, chicken, duck and rice dishes, while in Greek cuisine it mainly accompanies seafood.

The bartender will use the star anise to flavour syrup, which will be part of a cocktail. It can also be used as a garnish because of its beautiful shape.  From their “arsenal” of anise-based drinks, we cannot exclude the Egyptian zebib, the French pastis and anisette, the Spanish anis the Italian Sambuca and the Greek ouzo.

Before the discovery of the usefulness of hops and its introduction to beer, production anise was among the ingredients that gave the bitter taste to the beer. Now it is mainly used in some American root beers.

Periklis Pitenis is a person with a lot of interests. He likes beer and booze and seeks for the best combination for the sweets he prepares. He also likes spices and herbs. Periklis is well known for his pastry twists.