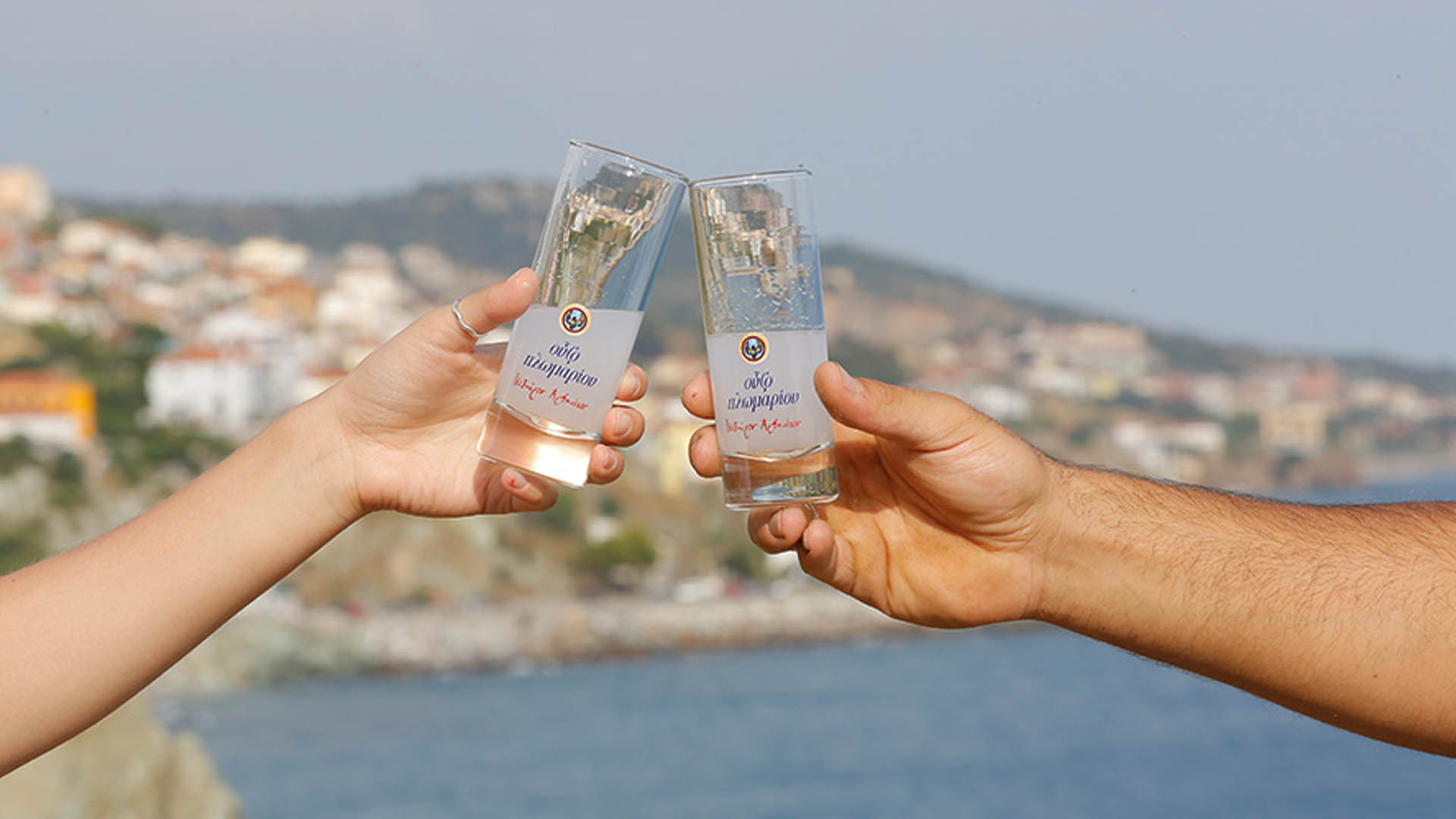 Nikos Kalogiannis, the man behind the brand  “Ouzo of Plomari Isidoros Arvanitis”, the beloved Ouzo of Greeks with the long tradition and Giorgos Pittas, researcher of Greek gastronomy, traveler and writer, among others, of the book “Cafe of Greece” -where Greeks traditionally consume ouzo and ouzomeze- share a common vision. To enrich and preserve a true Greek treasure: local, traditional ouzemeze. To re-establish the culture of “meze” and his connection with Ouzo. To remind us all, that “meze” belongs to the ritual of the Ouzo’s enjoyment and that these two together create a two-way duplex that the one highlights and complements the other: Ouzo and Meze, Meze and Ouzo. Pleasure in the palate, delight, companionship, social gathering, clinking of glasses in the air: the Greek culture.

The “meraki” of Nikos Kalogiannis to produce consistently and lovingly the Ouzo of Plomari -a traditional distillate- and the love of Giorgos Pittas to highlight the gastronomic authenticity of each place, met in a common vision: to educate the consumer in the gastronomic culture through the traditional meze of each place. And when you share such an ambitious vision, the values ​​of locality, social contribution, tradition and authenticity are automatically emerged.

This common vision came to life through Giorgos Pitta’s journey to every corner of Greece, from island to island, from village to village, from town to town. A trip that started in May 2018 and will last through time. A trip that so far, has captured in real time the local ouzomeze in their place of origin, so that, tomorrow’s visitor can recognize them and look for. More than 2.5 million people have gotten a first taste of this trip through the “Ouzomeze” map that was created for this purpose. And the journey continues…

Meze is a part of our gastronomic culture, as well as Ouzo of Plomari has been part of our life for more than a century. Besides, Ouzo -our national drink- and its match with meze, is a purely Greek phenomenon, a habit that brings people closer. Ouzo with meze is a Greek way of life. Ouzo of Plomari, a promoter and companion of Giorgos Pittas in this ambitious journey, has connected his brand name with our national drink, as it promotes the Greek culture’s ideals, such as companionship, relaxed mood and well-being. Ouzo of Plomari, is an integral part of our cultural identity for over a century.