Luca Cinalli and Gabriele Manfredi were invited by Noel bar, in Athens!

written by published: 3 years ago 678 views 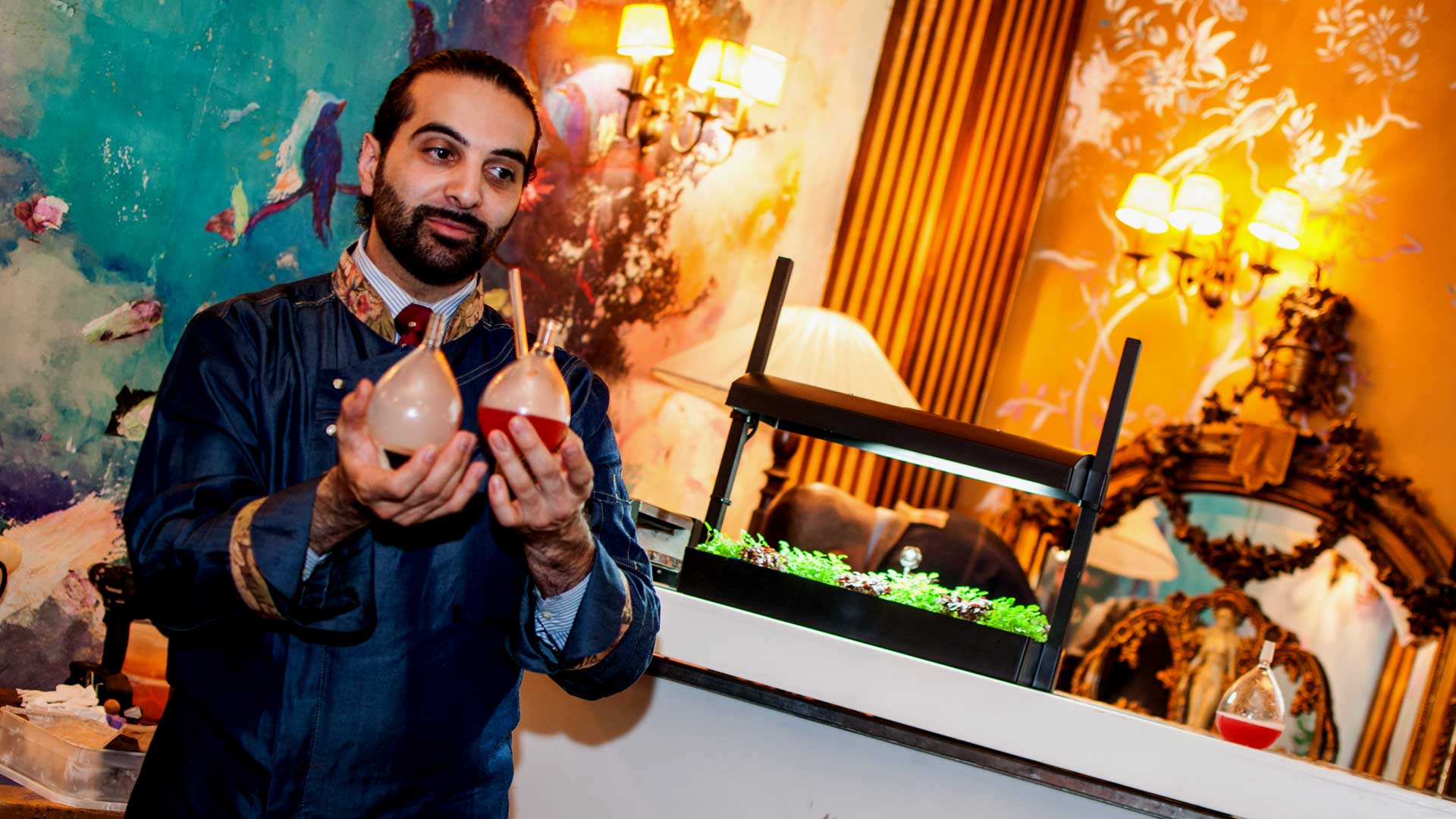 Last week, Noel Bar in Athens hosted two of the top names of bartending today, Luca Cinalli and Gabriele Manfredi. On Wednesday, they served some of the special cocktails from their career at Nightjar and Oriole and on Thursday, they presented a different masterclass, for bartenders and FnB people.

The warm hospitality by Noel’s staff ideally coined the seminar that in the first half had the form of open talk, which was an excellent idea. The attendees highlighted the issues they wanted to discuss, which were extensively analyzed.

Among the topics mentioned were the philosophy, the essence and the economic analysis of garnish, stock, ice, capital preparation and other interests. Several innovations but also simple methods for recycling and reusing materials such as dehydrating materials used to make a syrup and then refining them for use as a garnish or on a different than ordinary rim.

In a question that I personally asked Luca Cinalli about the economic crisis and how he would decide to move in terms of food cost and creating a menu, if he knew his clientele was being tested financially like in our own country, his initial response was “I do not see any crisis”, which made as feel somehow awkward. Of course, a visitor in our country is not expected to have a complete picture of our reality. Having received credentials from the entire public about the problem, Luca Cinalli said: “Initially, I would gather all the entrepreneurs to discuss and then decide together the course we would follow in a state of economic crisis.” It was mentioned that he would consider everything about the business, its executives, its materials, and any other detail that had to be taken into account, having in mind the viability of the business and by extension, its fullness with happy people.

Then, a thorough analysis of Oriole’s architecture and intelligent ways to save space and time in the production process was made. The stations, corridor distances, refrigerators, all are positioned and modified to the benefit of the employee at every opportunity to facilitate and speed up production and service. A truly beautiful project that all our colleagues have admired.

In the end, for many the best and most direct part, we tried recipes of this special duo. Known materials, processed with special techniques, have caused many questions. The audience welcomed with enthusiasm the special utensils as well as the glasses made exclusively for Oriole bar.

To conclude, the greatest benefit from such presentations, straight from the London scene, was how to think “out of the box” and not just copying the recipes. The two speakers along with their course in the industry have outlined a gastronomic aspect of bartending and their philosophy can be an important resource for every colleague. It was a meaningful and constructive seminar, useful for everyone who was present.