written by Beer and Bar Magazine published: 4 years ago 740 views 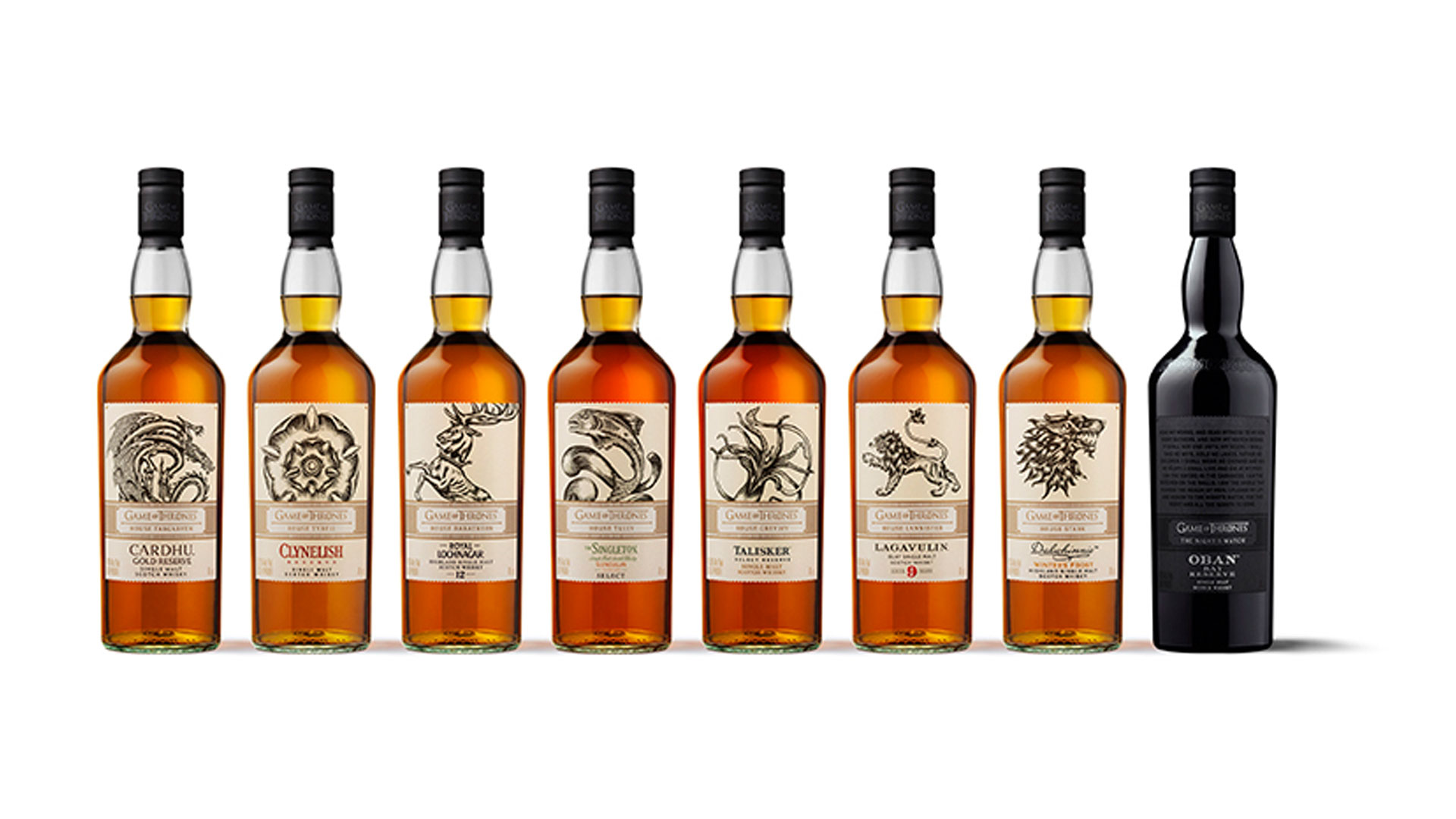 To celebrate the eighth and final season of the critically-acclaimed TV series, Game of Thrones, Diageo and HBO have released a limited-edition collection of Single Malt Scotch Whiskies. The collection features eight scotch whiskies, each paired with one of the iconic Houses of Westeros, as well as the Night’s Watch, giving fans an authentic taste of the Seven Kingdoms and beyond.

Diageo’s unparalleled diverse range of distilleries in Scotland, much like in Westeros, each has its own unique characteristics and produce a distinctive whisky representative of its local terroir. These similarities were the inspiration behind the collection, drawing an authentic storyline between each House and single malt pairing.

Commenting on the launch, Pedro Mendonca, Global Reserve Marketing & Malts Director, said: “We’re excited that the Game of Thrones Single Malt Scotch Whisky Collection will be hitting shelves in more countries around the world.  We are always trying to find fun and interesting ways to introduce our scotch portfolio and what better way than partnering with Game of Thrones, one of the most successful TV series ever created. We are thrilled to be celebrating the final season of the show by toasting with whiskies that authentically pay homage to some of the greatest characters and houses.”

Jeff Peters, Vice President, Licensing & Retail at HBO, said: “Game of Thrones is one of the most popular TV shows around the globe, so we’re thrilled to be able to give fans in so many countries the chance to celebrate the final season with these fantastic whiskies. Whether they’re choosing allegiance to a House or collecting the whole range, there’s a wonderful diversity of the utmost quality thanks to Diageo’s unparalleled Scotch distilleries.”

Included within the Game of Thrones Single Malt Scotch Whisky Collection are the following:

Diageo – on the green road to sustainability

The world prepares for celebrations to mark International Scotch Day...

Britain based Whisky Live is coming to Greece for the...

On 19 April we will celebrate Disaronno Day around the world!