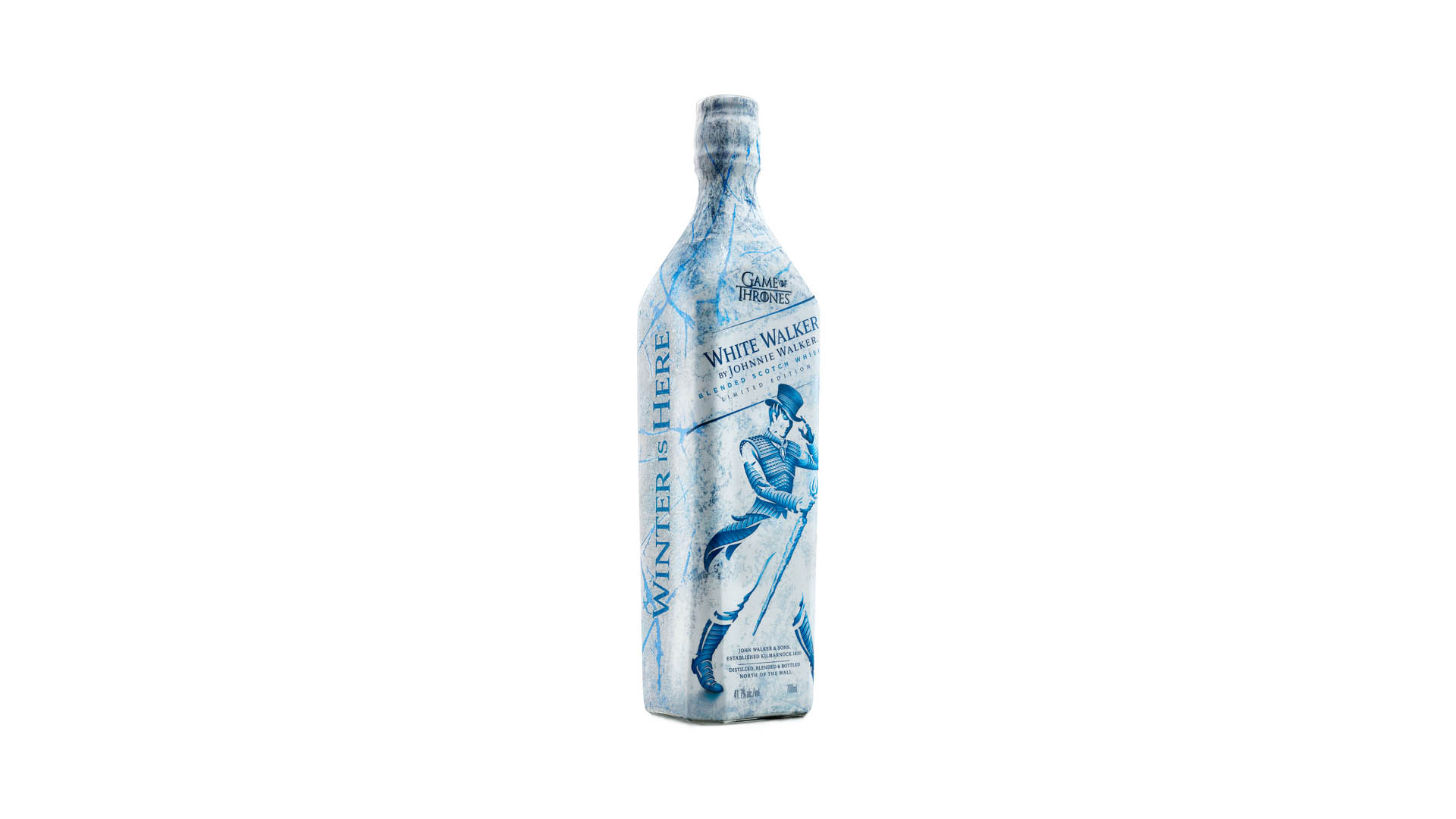 What is the thrill that can be offered by the last round of the popular series of Game of Thrones? This is something I can certainly not answer. But I can refer to the whiskey with the White Walker, of course part the Johnnie Walker family.

I start with the impressive exterior appearance of the bottle, which surely points to a Johnnie ‘White’ Walker. Blue eyes, white frosted environment, armor, everything expected for one of its kind. Bold presence of Game of Thrones, which is even stronger when the message  “Winter is here” appears on the side of the bottle. The message from the first circle of the series is “Winter is coming”. At least (?), winter came. To uncover the message you just have to cool the bottle. Good idea, but how much does this affects the whisky, especially when we know that a coolest distillate or drink will lose most of its flavors? However, there are those who claim that your drink is more enjoyable in the way you prefer it. Whichever group you rank yourself, I tasted my White Walker out of the refrigerator, like all the whiskies and then cold, always neat.

A creation of George Harper, alongside the small team of expert blenders at Johnnie Walker. The whisky creator said: “Whiskies from Clynelish have endured long, Scottish Winters, not dissimilar to the long periods endured by the Night’s Watch who have ventured north of the wall – so it was the perfect place to start when creating this unique whisky.”

White Walker Limited Edition with heart of Cardhu and Clynesh, carries in fact notes of caramelized sugar, vanilla, fresh red berries and fruit trees. I have to add that some spices such as cinnamon appeared. Sweet with a warm and long spicy aftertaste. Comparatively, between temperatures, there are differences, such as in the nose (butterscotch) and in the mouth (non-chilled is provides little more vegetable flavor). In my personal view, it is a whisky that serves the purpose for which it was created and is not particularly affected by the temperatures. In addition to neat, you can enjoy it in high ball with ginger ale or soda and in a variant of Old Fashioned with rosemary garnish. Find the recipes here.

It was released in Greece, in late October, but for me the ideal period is with a new episode of the Game of Thrones series. If you do not stand until April, repeat one of the previous ones, call your friends and share the experience.

The world prepares for celebrations to mark International Scotch Day...

Britain based Whisky Live is coming to Greece for the...

Negroni – Can it have a Greek character?