How a local, long traditional aperitif became a worldwide drink? An Austrian name, a Venetian origin, and with Aperol, a global success. Spritz can be drunk more or less everywhere nowadays but, guess what, there is not just one way “to say” spritz…

In 2016 I was in Philadelphia as a judge of the World Beer Cup. After two tasting sessions a day what a beer judge can do in his spare time? Obviously, going to a pub to have a beer or two. I don’t remember the name of the place but I still remember what I have read on the blackboard at the entrance: “Spritz 7 USD”.

As a native Venician, I was hit by surprise realizing that I could have a spritz thousands of miles away from my hometown. What amazed me was that the “aperitif” I used to drink on a daily routine at home had arrived in the USA. And, well, it was far too expensive.

Spritz was, and still is, a kind of daily routine, as drinking espresso coffee at the bar.

Since then, I saw the word “spritz” more or less everywhere. In Milano, the Italian capital of cocktails, as in London or in Copenhagen or San Francisco. The reason why? Easy to say: spritz is very simple to prepare, has usually a pleasant flavor, it’s not too strong in alcohol and, good to remember, behind it there are the “muscles” of an international group such as Campari that, since 2003, owns the brand Aperol. The history of such a popular and international drink is quite long but very interesting.

For many years, nearly a century, spritz remained a local aperitif. Everybody could choose from Aperol spritz, mostly preferred by women and young people, to Campari, preferred by men while Select slowly disappeared for the benefit of a new popular product: Cynar, an artichoke liquor still invented in Venice in 1952. From that year and till the acquisition of Aperol by Campari Group, spritz in the Veneto area could be declined in so many different ways: with Aperol, with Campari, and with Cynar. There wasn’t just “one” spritz. Also, you could have a spritz with a green olive in the glass (if you were lucky enough, sometimes two) or a lemon peel. Still, white wine was the traditional choice, Prosecco came later on and at the time when the “Aperol Spritz” exploded everywhere.

Easy to drink, with an affordable cost, sweetish with Aperol and definitely more bitter with Campari, spritz in cities like Venice, Padova and Treviso succeeded in becoming an intergenerational drink. Loved by University students, popular among the elders, sipped by friends and families on Sundays before lunch, celebrated on summer parties held on the beach spritz was, and still is, a kind of daily routine. As drinking espresso coffee at the bar. 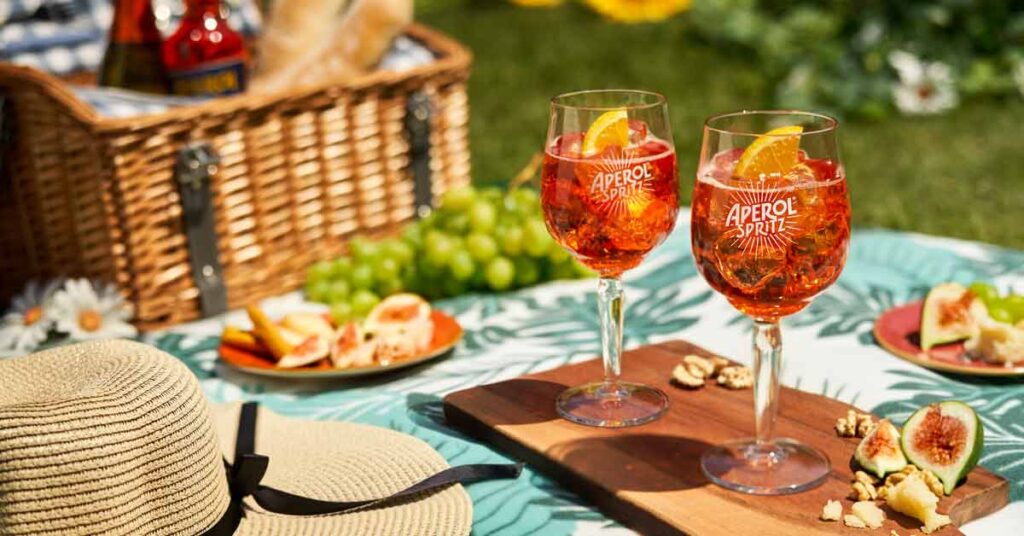 Then came Campari. The company based in Milano had already bought Cynar in 1995 but decided to put its efforts on Aperol and with a very well organized advertising campaign was able to push the consumption of spritz towards what is now the IBA (International Bartenders Association) official recipe:

Currently in Italy, even in the Veneto region, if you ask generically for a spritz you will get the Aperol version but you can ask for a spritz more or less everywhere, from the local bar where you also go for a morning coffee or for cigarettes to more specialized cocktail bars. The immense popularity of the spritz has had different consequences: still in Northern Italy, in the Alto Adige county, a barman invented the “Hugo” a twist on spritz where, instead of Aperol or Campari, there’s a dose of elderflower or lemon balm syrup e some mint leaves. But there is also at least a company that produces and sells spritz on tap, viewed with perplexity by the spritz radicalists. And you can have a no-alcohol spritz with orange juice, soda and a no-alcohol bitter. Spritz has also invaded the supermarket channel with the Aperol Spritz premixed in a bottle. In many ways, the popularity seemed like a vulgarization of the drink. So, it can happen that some cocktail bars in Treviso, Padova and Venice, the “spritz triangle”, refuse to serve spritz as they consider it not enough decent for their role. The historical Cafè Florian in Venice, one of the oldest bars in all Europe that opened its doors in 1720, started to serve spritz only in the 1980s and, probably, just for the reason that thousands of tourists asked for it.

But, despite these hotbeds of rebellion, the rise of the Spritz Empire is not close to the collapse. Spritz is still very strongly demanded in its homeland and still growing in the rest of the world. It’s not probably the cocktail you will fall in love with, someone also doesn’t consider it as a cocktail, but it’s simple and refreshing, goes very well with appetizers and it’s perfect for a midday break where you need something “with a kick” without getting too drunk to go back to work.

I would personally defend, possibly not on tap I have to say, its role, its history, and its social meaning because, in the end, this is what a spritz is made for: a “liquid” that is a perfect company for a conversation among friends, a reunion of the family, flirting with a potential girlfriend or boyfriend. All-day round or, at least, from midday to midnight. 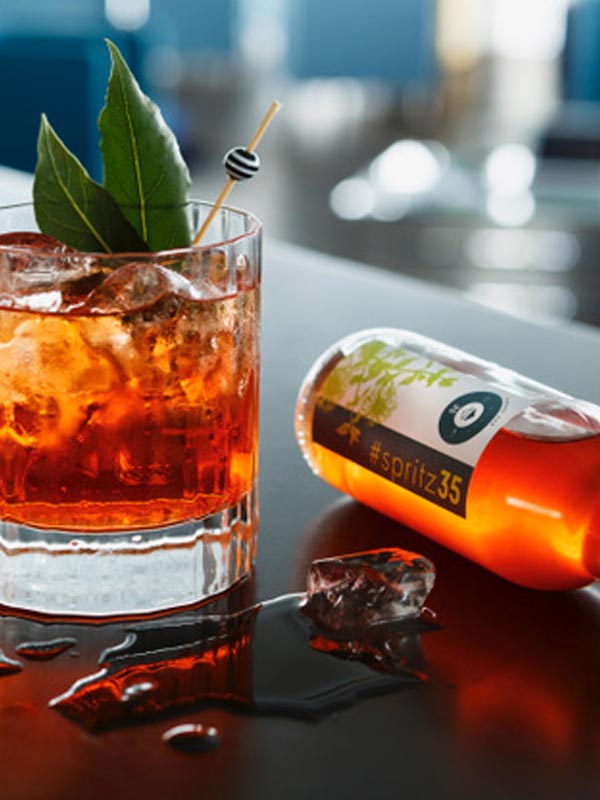 Twist on spritz by Mirko Turconi (click for recipe)

The best spritz in town(s)

As a very popular drink, spritz can be drunk more or less in every bar of every village, town, city of Italy. But, if you travel to its homeland and, above all, in the five cities famous for this classic Italian aperitif these places are mostly recommended.

Maurizio Maestrelli is a writer and journalist on beer, drinks, and bars. His latest book was about speakeasy bars. He has been a judge at international beer competitions and is also a co-founder of Milan Beer Week

Diageo – on the green road to sustainability

How Complex is Simplicity?