written by published: 4 years ago 373 views 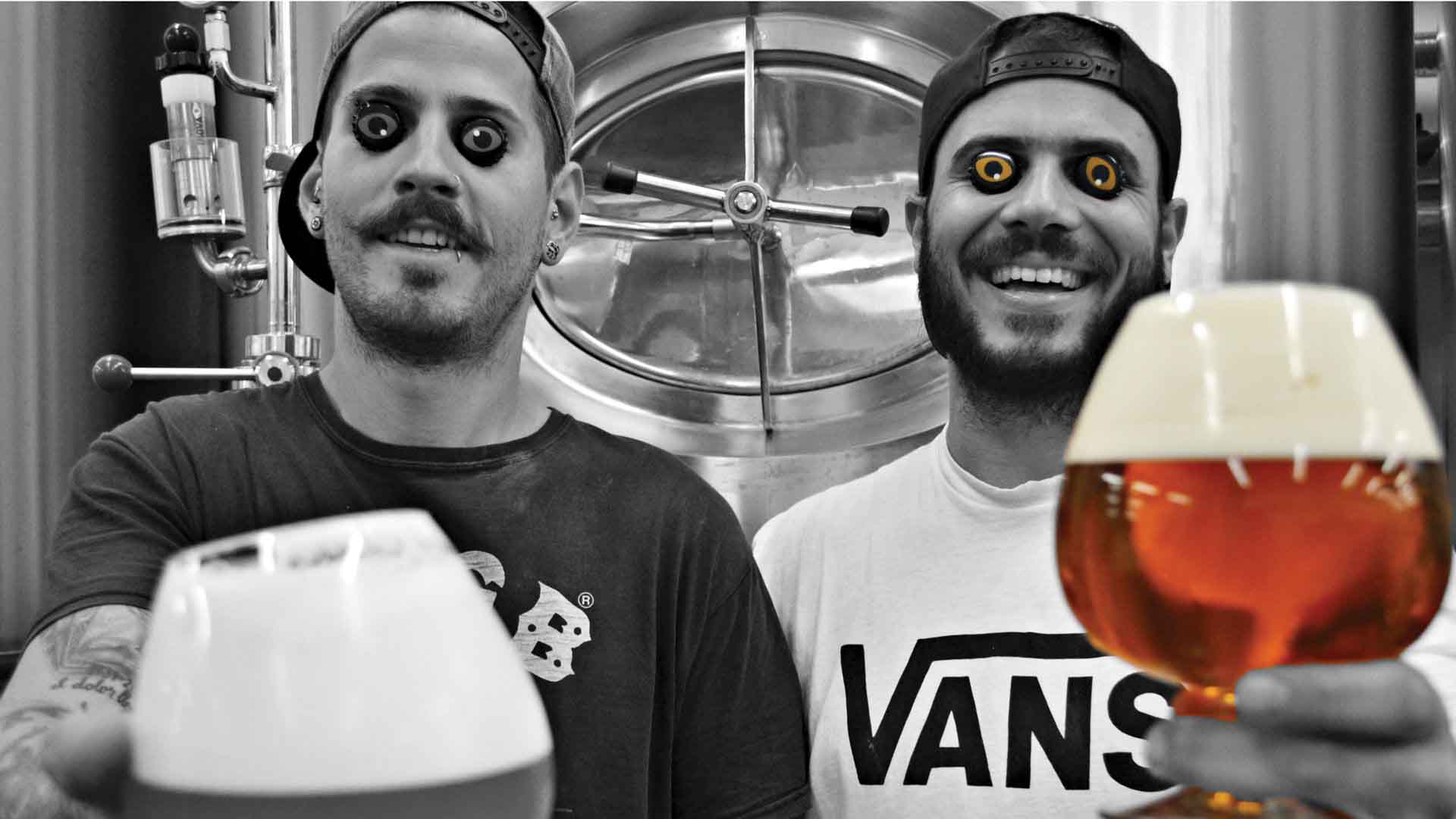 Angelos Ferous is the brewer and co-owner of Mykonos Brewery. He chose six beers that he would like to have in his fridge if it wasn’t full of the beers that he makes. The influence from his days in Great Britain and Argentina are obvious. An enthusiastic twenty eight year old young man like Angelos couldn’t be interested in tasting continuously new flavors which can also be a challenge for brewing his own beers. Until now it is my favorite Dark IPA from my beloved brewery of the United Kingdom. Its deep dimensions with aromas of dark fruits like plums and berries are a great match with the chocolate aroma of the roasted malt. A nuclear botanical bitterness follows as it is a real IPA. It concludes with salted caramel notes. This beer is my favorite “child” of Beavertown, a brewery which has proven the last years that they can create amazing beers with great artwork and enclose in a can this triumph. When I hold a canned beer of Beavertown, I have mixed feelings. I am happy because in few minutes I will taste a “jewel” that will make me travel but on the other hand, I realize that a percentage of Greek consumers will characterize this piece of art as industrial and cheap because the “artist” decided to use a tin can. I hope that all of us that we are part of the brewing industry in Greece to finally manage to change some of these stereotypes. Who said that because I don’t want to drink alcohol I can’t enjoy a balanced mini-IPA with eight different malts, five hops and all of these with just 0,5% of alcohol. I believe that behind that product is the revolutionary way of BrewDog thinking in comparison to the flavorless alcohol-free products from the big breweries. The brewers of BrewDog created an innovative and tasteful product which they manage to place in a seemingly small market that has been proven even bigger against their expectations. These innovative ideas from BrewDog, led to conquest a large share of consumers who don’t want or can’t drink alcohol, when other brewers just ignored them. Thankfully for all of us, the microbrewers, the beer revolution won’t be judged just with the great amounts of hops that we use but also in our ability to see more where others just look. I believe they are the most talented semi-professional brewers in the Greek beer scene. Through their work, you can see that every choice regarding the brewing process was carefully balanced with a scientific background and it was designed to offer a path full of aromas and tastes. This particular IPA was for me the one that I have chosen taking into consideration, based on the tropical character it presents compared to any other greek IPA. Smooth bitterness and rich flavors made a fantastic history of 7,2% abv which you can consume in any occasion. The first beer that took me into the vast world of Saison happened to be a sour Grissette, a funky version of the wheat Saison. I had the luck to taste it from the maturing tank of Partizan Brewing, a nano-brewery with a charming artwork which is located in the Bermondsey of London. A neighbourhood which rightly is called the London Beer Mile as there are 10 breweries in just 1 mile (1,7km). It was surprising how refreshing and smooth it was although they have used a lot of lemongrasses and the beer was pre-fermented with the use of Lactobacillus before the final yeast “lands” this beer at 3,9% abv. The New Zealand gypsy brewer Stu McKinley of Yeastie Boys created this seemingly strange recipe of an IPA which apart from a great amount of New Zealand hops Motueka and Pacifica it is maturing in fresh leaves of Earl Grey Tea. The balance of this product is not hidden only in the careful matching of the aromas from the famous hops and the fruity aromas of the Earl Grey. The intelligence of this recipe is in the bitterness created by the tannins of the specific black tea and the “surgical” addition of the hops. For me, this beer is an authentic differentiation in the bitter ocean of IPAs. One of the first greek “black” beers, produced from a very capable brewer who balances his recipes with a scientific approach and is not afraid to take his chances. When the rich brown foam goes down we will start to smell smoked tunes of coffee. In the mouth, we will get intense liquorice, chocolate with a dry aftertaste that makes it a create pairing with food. My relationship with this beer was evolved as it was my go-to black choice in times that in Greece the meaning of black beer was almost unknown. The Robust Porter from Chios from the first time of its production until now has nothing to be jealous of any other European Porter.