written by Beer and Bar Magazine published: 5 years ago 489 views 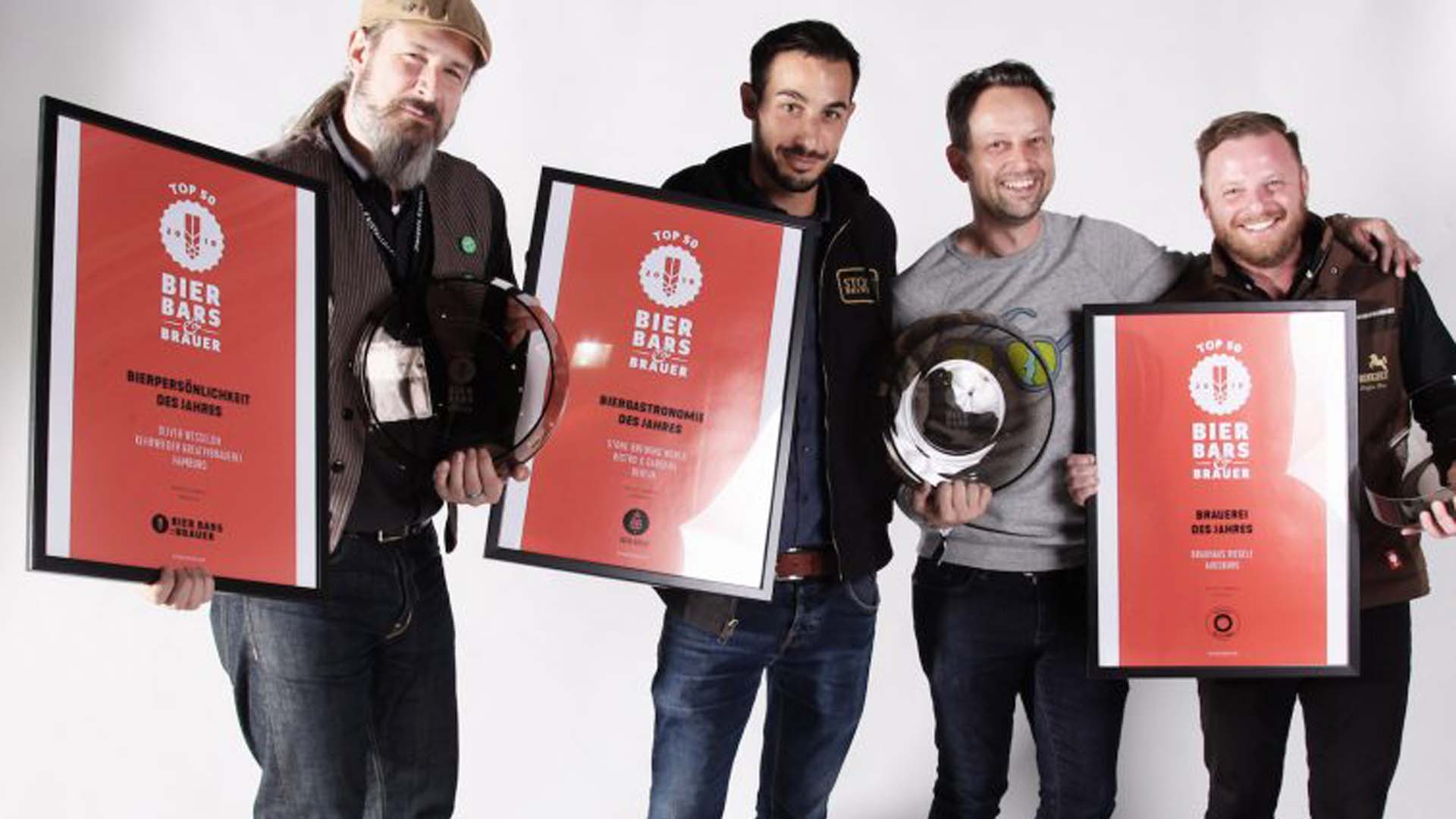 Brauhaus Riegele Crowned the 2018 Brewery of the Year!

To commemorate the recent launch of the new beer industry magazine “BEER, BARS & BREWERS” (3B for short), Mixology publishing house founder Helmut Adam and 3B Editor-in-Chief Juliane E. Reichert handed out the 3B Top 50 Awards at last night’s ceremony. An online survey conducted over the summer among more than 100 brewers, bar operators, bartenders, shop owners and specialist retailers produced the beer industry’s winners in the categories Beer Personality, Beer Gastronomy and Brewery of the Year. A Top 50 list was then compiled from all the entries. First-place prizes were awarded last night as part of the Brew Berlin Meet-Up, presented to the winners by Juliane E. ReichertPetra Lassahn from Brew Berlin and Marco Retzlaff from Retzlaff Beer Fridges.

And the three winners are:

It’s no surprise that the founder of this esteemed Hamburg brewery took the top prize in this category. Oliver is widely recognized as one of the key individuals who have helped shape Germany’s beer movement into what it is today. In 2012, Oliver returned to Germany after spending eight years as a brewer on the Cayman Islands and founded his new brewery back in his home country. Now, five eventful years later, he is one of the acknowledged luminaries of German beer brewing, and his beer varieties such as “Prototyp”, the “Shipa Single Hop Series”, “Imperial Black Prototyp” and “üNN” are indisputable staple products on today’s beer market.

When Greg Koch opened his brewery project in September 2016 at the massive site in Berlin’s Mariendorf district, it was the hot topic in Germany’s beer scene for months. The sheer size of the premises in such an out-of-the-way location led to many a heated “arrogant bastard” debate. Within only a year Greg had clearly demonstrated that the days of taxi drivers who couldn’t even find the place were well and truly over. Stone’s very own Berliner Weisse also played an important role in establishing the new brewery in the German capital, as evidenced by the numerous nominations it received from within the industry.

Augsburg, Germany’s Brauhaus Riegele, seated deep in the heart of Bavaria, perfectly demonstrates that a traditional family-run brewing operation in business since 1884 can be just as hip and in-demand today as any trendy new start-up brewery from Berlin or Hamburg. Brauhaus Riegele’s chief Sebastian Priller is a leader in the creative beer league who has expertly built a bridge between the young, urban beer scene and rustic Bavarian beer drinking tradition with his world-class specialties such as “Noctus 100”, “Dulcis 12” and “Amaris 50”.

see all the winners here: www.beerbarsbrewers.com

The Castle beer bar in Berlin Mitte is extending the...

Greeks Take Over at 69 Colebrooke Row for a good cause

The 69 Colebrook Row Bar and Parrot’s Beak for two charity evenings at...