A trip to Germany and specifically in Munich to meet one of the most historic breweries with a catalytic effect on the beers we call Weiss. Schneider Weisse is one of the most recognizable beer labels in the world and yes, again we will start our journey close to the Middle Ages, we will refer to royals and we will meet a family.

We have heard about the famous Hofbräuhaus (Municipal Brewery) in Munich. Duke Maximilian I, its owner, decided in 1607 to build a new brewery for Weissbier in Kelheim, just outside the Bavarian capital north of Hallertau, known for its hop production, where the rivers Danube and Altmühl meet, very close to Regensburg a few years after the Bavarian dynasty of Wittelsbach established a production monopoly exclusively for themselves. I am referring to 1602 at a time when this style was extremely popular. Historically, this monopoly ended in 1798 while it allowed the production of Weiss only to the Wittelsbach as this production was outside the framework of the “Beer Purity Law” which had been in act since 1516 no citizen had the right to produce beer with any raw material other than the three that were allowed. The Weisses Bräuhaus (White Brewery) specialized in the production of Weissbier while the other brewery produced the classic flavors of the time. From the middle of the 19th century the preferences of the Bavarians leaned towards the new transparent Lager, with Weissbier consumption constantly declining.

Nevertheless, the brewer Georg Schneider I did not lose his courage, renting the Weisses Bräuhaus from the Wittelsbach in 1855 and investing in a traditional recipe for Weissbier. The one that even today is the flagship of their sales in Schneider Weisse-Unser Original (Our Original), also known as “Tap 7”. In 1872 such developments–the lifting of the Weiss production restriction by the citizens as the blue bloods were no longer indifferent– that Georg Schneider I along with his son Georg Schneider II, had the opportunity to relocate to the Maderbräu area and rename the company in September of this year to “Brauerei G. Schneider & Sohn”. In 1907, during the period in which the only female in charge as today, Mathilde Schneider was leading after the death of her husband Georg Schneider III, the brewery launched their second most successful label, the Aventinus Doppelbock, known as “Tap 6”. In 1927 they acquired Kelheim, where production is currently taking place and still have their headquarters and brewery. Georg Schneider IV was the leader of the brewery these days, a strong personality, who is making everyone proud still today, as he never supported the German Nazi party, even if most businessmen of his time did. World War II left wounds on the brewery, which was forced to relocate to Kelheim in 1944 due to bombing disasters. Maderbräu has been refurbished and now is a beer hall. Schneider Weisse is historically the first officially Weissbier trademark.

From the 19th century until today, one Schneider follows the other with the reins of the brewery owned by Georg Schneider VI, managing the company emphasizing in corporate social responsibility and producing a wide range of Weiss beers with the Schneider Weisse Alkoholfrei (Tap 3) a non-alcoholic Weiss, the Aventinus Eisbock, the Nelson Sauvin 2017 (Tap X) and the Hopfenweisse (Tap 5) a collaboration with Brooklyn Brewery, in USA being some of their most distinctives. 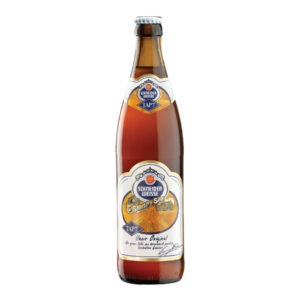 Darker (amber) than the rest of the Weiss beers, with lasting foam, light body, and excellent carbonation. Fruity aromas of banana, clove, spices, notes of caramel and chewing gum. Slightly sweet and sour in the mouth with banana and nut flavors. Refreshing with a long aftertaste. 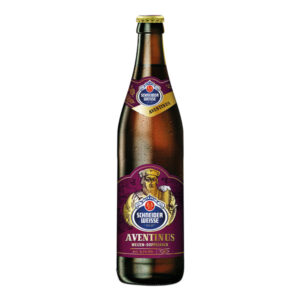 Brown beer with aromas of chocolate clove raisin and banana. Dry and sweet in the mouth warm in the aftertaste. For the coldest days of the year. According to sources, the beer was named after the writer, historian, and philosopher Johannes Georg Turmair, who called himself Aventinus and was the first to mention Bavaria and its people. The first production took place in 1907 in Munich and the bottling plant was located on Aventine Strasse.

The Castle beer bar in Berlin Mitte is extending the...