Winter is a good time to talk about heavier flavors that match its temperatures, such as Eggnog. Out of Greece, it has its honorary these days. Most people either love it or despise it, rarely is there a middle ground.

Everyone is quite wary of the rich and creamy drink of the winter holidays as during the Christmas period it has its honor at many family gatherings. The combination of raw eggs, milk and sugar may seem strange when an alcoholic adding an alcoholic base, however there are many delicious options to enjoy this period.

Most industry historians agree that Eggnog originated in the early medieval years of Britain, but beyond that, there are many different views on its origin, as there have been versions in other countries such as in the U.S.A. where Bourbon replaces wine. In Puerto Rico rum is added and called Coquito, while in Mexico it is called Rompop. In Peru we find it as Biblia Con Pisco and in Germany, they make Biersoppena, an Eggnog with beer.

The name Eggnog is something of a mystery. “Nog” may be a reference to “Noggins”, the wooden mugs that were once used for beverages. It can also come from a Norfolk word –Norfolk is a small island in the Pacific Ocean between Australia and New Zealand– for strong ale beers. The term appears on Isaac Weld’s voyages through the states of North America and the provinces of Upper and Lower Canada during the years 1795, 1796 and 1797. 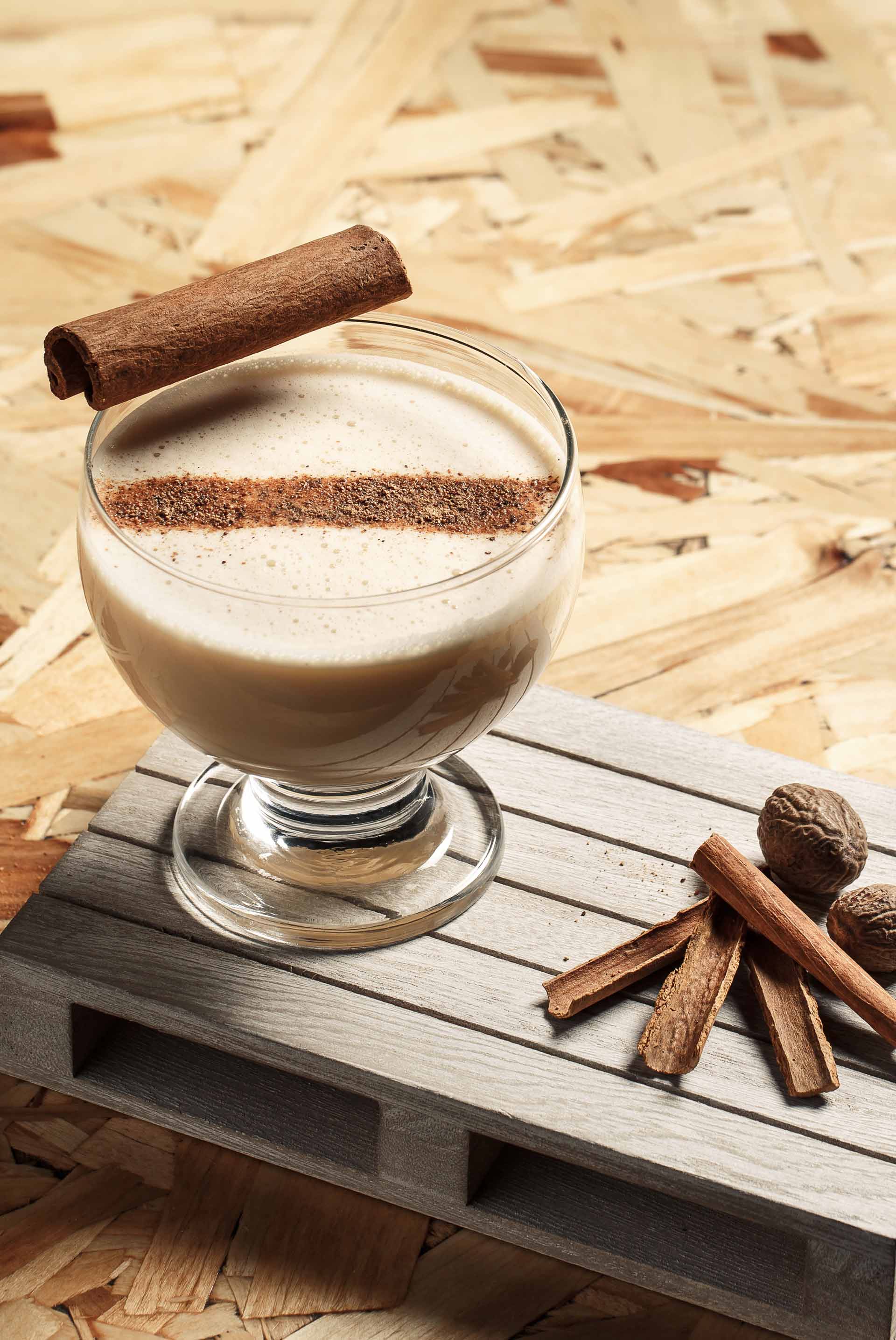 In a mixer, beat the yolks with half the sugar and the entire amount of alcohol until the mixture acquires a velvety texture. Then in another bowl, beat the egg whites until they become a meringue and add the remaining sugar. Finally, incorporate the two mixtures and mix them until the two mixtures are well combined, stirring lightly with a simple spatula. Serve in hot cups, with grated nutmeg and a cinnamon stick.

Did You Make This Recipe?
How you went with our recipes? Tag us on Instagram at @beerandbarmag.

Dimitris Rimpopoulos is a bartender based in Athens. He has worked many seasons in various Aegean islands like Mykonos and Paros. His passion are motorcycles and spends many hours to customize his own and creating various accessories (DIY).