Carlsberg Brews Beer out of 25 Years of Liverpool FC Legacy

written by Beer and Bar Magazine published: 5 years ago 477 views 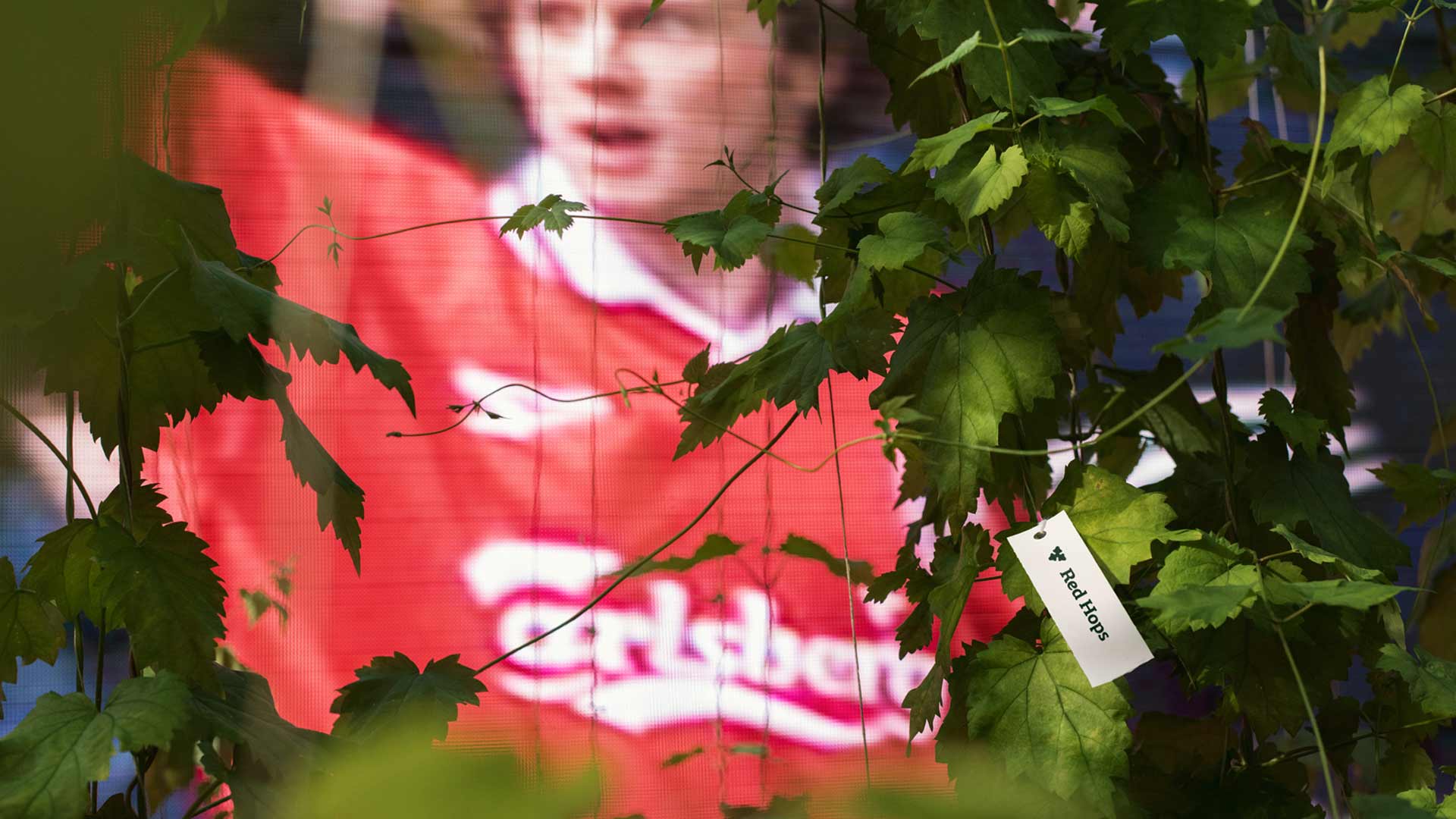 To celebrate the 25th anniversary of its partnership with Liverpool FC, Carlsberg has brewed a limited edition beer using unique research and state-of-the-art technology that harnesses the fan atmosphere of 25 years of Liverpool FC matches.

Hops is one of the main ingredients in beer as the cones from hop plants give beer its hoppy taste. To celebrate its 25-year partnership with Liverpool FC, Carlsberg has brewed a fan beer from hops unlike any other. Scientists at the Carlsberg Research Laboratory in Copenhagen have cultivated special red hop plants by immersing them in footage of 25 years of Liverpool FC matches and the sound of roaring fans.

The unique cultivation process was made possible by the installation of a powerful sound system and 360 video screen at the brewery’s Copenhagen greenhouse displaying Liverpool FC matches spanning the past three decades. Carlsberg and Liverpool FC expect dedicated fans to be able to taste both victory and defeat in 25 years of legendary club history.

“Research has shown that hop plants grow better when exposed to sound vibrations, which will result in more photosynthesis and more biomass. We decided to use this to brew probably the best fan beer in the world to commemorate Carlsberg’s and Liverpool FC’s joint 25 year history”, says Pai Rosager Pedas, Senior Scientist at Carlsberg Research Laboratory.

David Roberts, Grounds Manager, Liverpool FC said: “This concept is truly unique, the thought that hops might be influenced by the sights and sounds of 25 years of matches is revolutionary. We take great care of the hallowed turf of Anfield and if this concept is anything to go by, I hope it also reaps the benefits of our incredible chorus of supporters too.”

“As players we were all influenced by the roar of the supporters at Anfield so it makes sense that the hops could experience the influence too. Seeing the incredible amount of science that went into this project was staggering, I’ve never seen anything like the thinking that went into creating this beer and I can’t wait to taste it,” said Fowler.

After 6 months, the red hops were harvested to brew the special Carlsberg Liverpool FC Beer, which will be sampled in special pubs and at Anfield during Liverpool FC’s Premier League match against Huddersfield Town on 28th October 2017.

“Over the years, Carlsberg Research Laboratory has delivered ground-breaking research results and revolutionised modern brewing, but we’ve never brewed a beer based on hops grown on sound and sights from football games. This is a truly collaborative brew that I hope the team and especially the fans will enjoy. We really wanted to give something special to the Liverpool FC Fans, and create a beer just as great as Liverpool Football Club,” says Pai Rosager Pedas.

Billy Hogan, Managing Director and Chief Commercial Officer, Liverpool FC said: “The Carlsberg relationship with Liverpool Football Club is one of the longest standing partnerships in sport. We have over 25 incredible years of history with Carlsberg and we couldn’t be more proud of our partnership. Creating a beer that has grown up on the roar of our fans and in the soil of Anfield is completely unique and indicative of the fresh-thinking which keeps our long-standing relationship so full of energy.”

For a chance to win a bottle of the special beer and a trip to Liverpool FC’s training ground, Melwood, fans should go to carlsberg.com/.

Diplo and MØ stay open to new experiences with new...