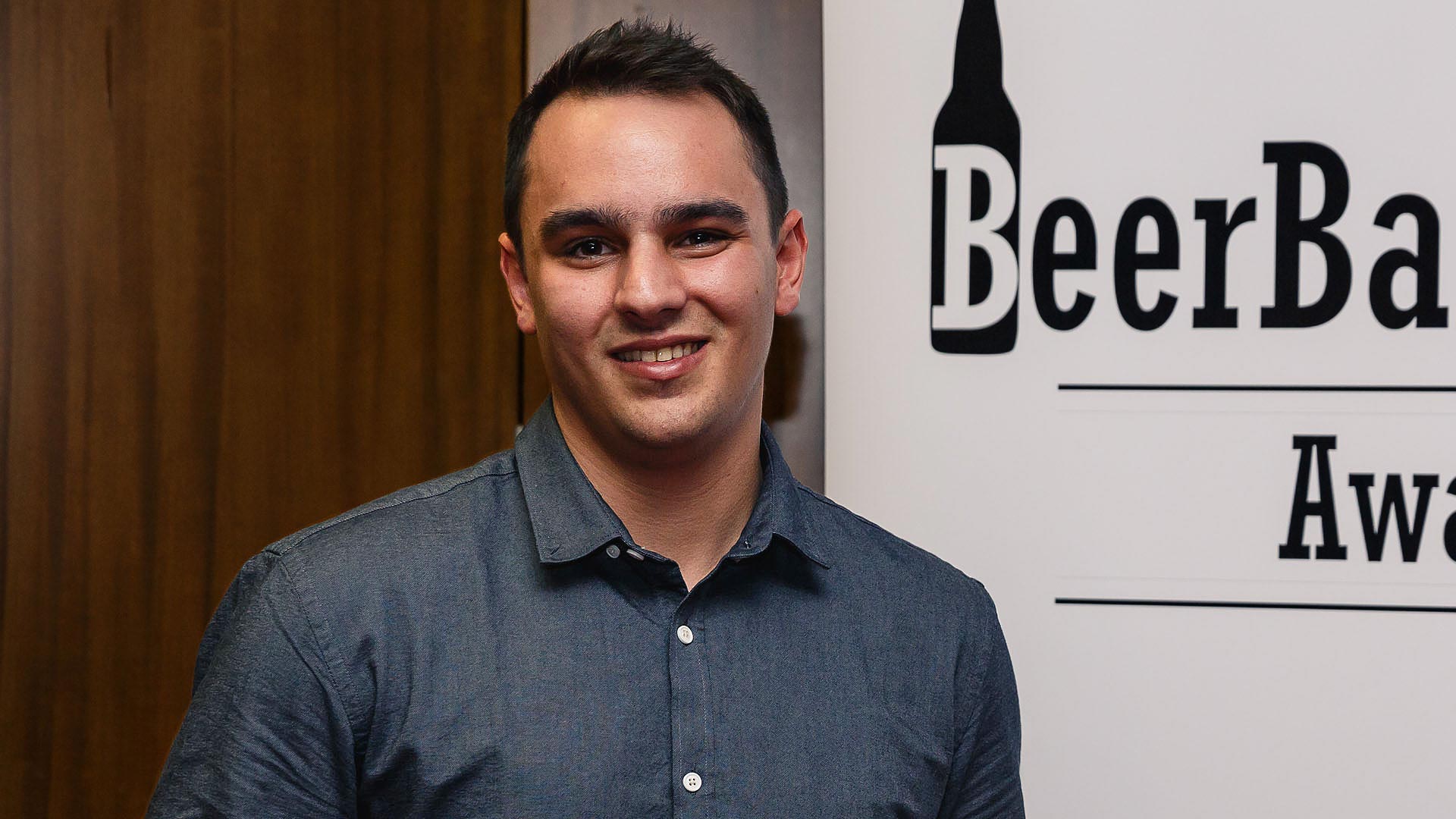 If Konstantinos had to choose only six beers to pick for a trip, but none of them could be Delphi or Marea, he would choose beers that everyone admires and has drank many times. He was born in Athens on 6th June 1991, studied Mathematics and his master is on Mathematical Finance from University of York in England. After a short period in the shipping industry, he joints the family company ELIXI SA, which is a microbrewery based in Chalkida, Evoia. He drank beers in Greece and England during his studies. He never imagined himself drinking his own brewed beers. In a crucial period, when a man is developing his opinion, Konstantinos was in York tasting various beers. Meanwhile back in Greece, the “Beer Revolution” was “fermenting”. Here are six beers that Konstantinos considers as “must drink” and gave him inspiration for some of ELIXI SA beers. Brewdog’s Chili Hammer is an IPA with fruity flavors and as its name is telling us, chili! I’ve tasted it from keg. Even if I’m a spicy food lover I could not manage to have a third sip, the presence of chili is so strong! Brewdog is one of the most famous breweries of the world. The magnificent work they have done in branding and their marketing strategy is absolutely radical. All marketer insists on the importance of the company’s interaction with its customers and Brewdog has nailed it! They chose their target group after carefully moves and “success” is a minor word for their achievement. The brewery managed to have more than 30.000 micro-investors through “Equity for Punks”. One of the oldest US “microbreweries” was founded in 1979. The quotes cause in our days, Sierra Nevada is a huge company for microbrewery’s level. The classic Sierra Nevada Pale Ale has cloudy blond color and foam of medium consistency. It’s a floral beer, with notes of pine and citrus. Medium bodied and light bitterness. The aftertaste has a smooth grapefruit feeling. I consider it as an easy and on the same time special beer for those that like to try a new style, rather than Lagers. A joyful beer that pairs nice with food. Brewers that cooperate with approved breweries, to produce their own recipe. A win-win situation where the one side brews its beer without the risk of a huge investment in equipment and the other side gains income in a period in which, theoretically the brewery has a production gap. Mikkeller is a success story for all the aspiring gypsy or nomad brewers. It counts over 800 brews, epic collaborations as Stone Brewing and Brewdog. “Peter, Pale and Mary” is an American Pale Ale, with cloudy blond color, foam that lasts for a long time and flavors of citruses and mango. It has a complexity as it combines the bitter taste with a sweet aftertaste. With 4,6% abv I consider it as an ideal beer for anytime of the day. Produced in the area of Val di Susa near Torino of Italy, from Soralama. It’s one of the first craft beers I had, because we cooperated with the particular microbrewery during the installation of our ELIXI SA. This label was an inspiration for our “kick off”. Definitely the way I would present it if I could drink it right now would be different, but I still remember that I was impressed on how aromatic it was. Easy drinking beer. For me it was a Shocking transfer from commercial beers I used to drink. For the practical part, it an unpasteurized, unfiltered and double fermented dark Ale with 4,5% abv, inspired by the British Porters. It was a friend’s present, who left it mature for few years. Orval is a Trappist Ale, brewed by Orval Abbey since 1931. Cloudy orange and intense foam. Known for its intense flavors of hops, lemon, yeast, the sweet fruity taste and its light bitter long aftertaste. It’s probably among the most hoppy Trappist beers I’ve ever tasted and of course I would suggest it without regrets. The beer is brewed from the oldest active brewery of the world (1040). Few years remain to talk about 1000 years of history! It’s a wheat Bock at 7,7% abv with nice cloudy blond to orange color and nice intense foam. Incredible aromatic, with yeast being the protagonist and a sweet feeling that includes banana and peach. Having a light body in combination with the sweet and fruity taste, it becomes “dangerous” easy drinking! I recommend it for more cooler days.