written by Beer and Bar Magazine published: 6 years ago 673 views 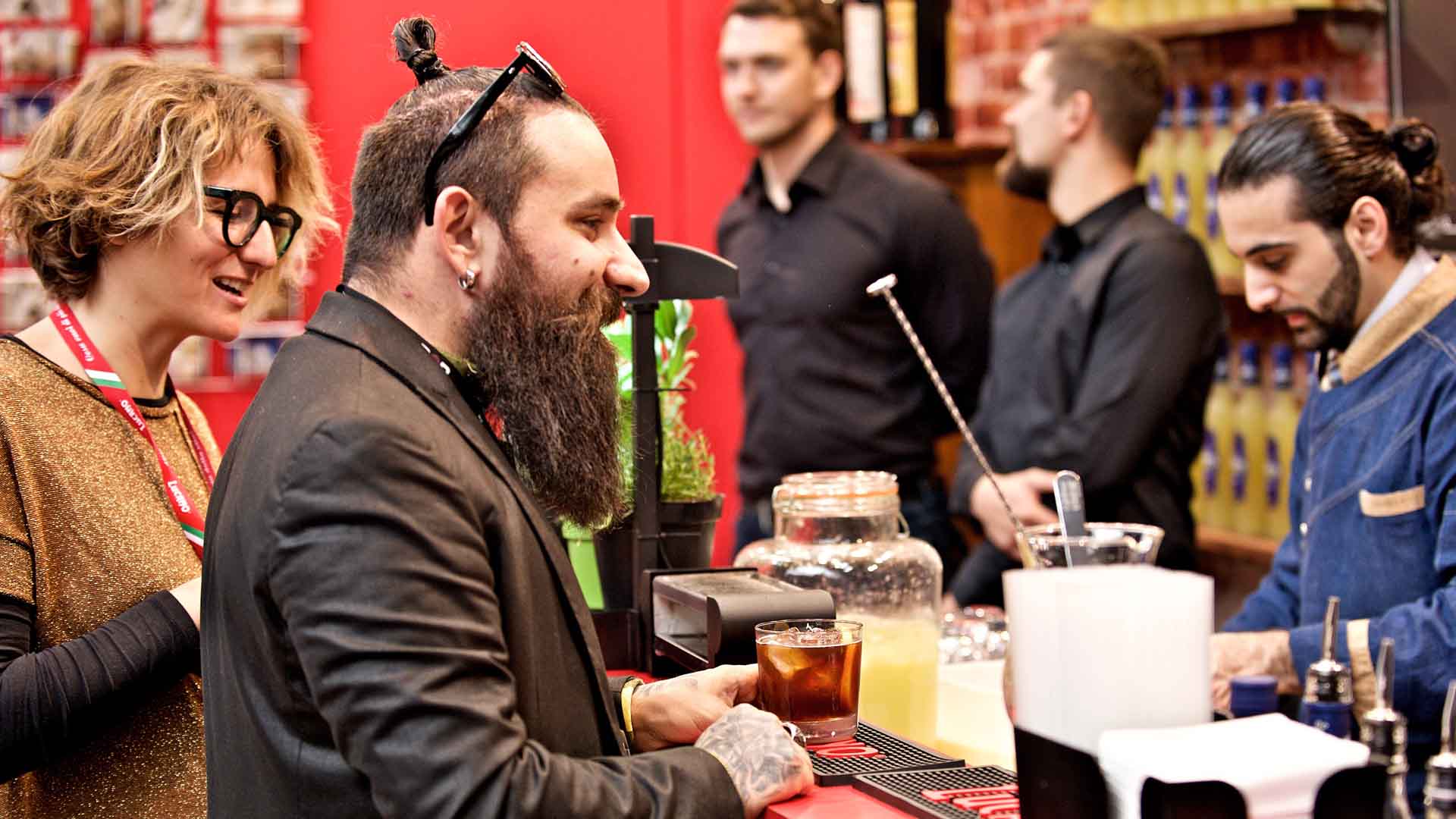 The Bar Convent Berlin is well worth a visit – even if you have to travel from far, far away. On 10 and 11 October 2017, the whole world will come together again at Europe’s leading industry event for bartenders and beverage specialists. Literally the entire world. It’s 6,700 kilometres by plane from Mombasa to Berlin, 7,300 kilometres from Beijing and more than an unbelievable 9,000 kilometres from Mauritius. It’s not rare to see people travel that far to get to the BCB. Half of all exhibitors and visitors hail from outside Germany – ten per cent from overseas, even. What’s turned the Bar Convent Berlin into a must-attend event? Let’s look at some very international perspectives.

“BCB is the ideal platform to showcase and promote your products to the bar industry in Europe”, says Frederic Bestel. His company Litchquor Ltd produces “Gold of Mauritius” – a rum with its very own unique flavour. The entrepreneur has been to the BCB several times already, gladly putting up with twelve hours on a plane each time. “Getting out of paradise is not an easy endeavour”, he says, laughing. The long trip notwithstanding, Bestel will be back in October. He appreciates the BCB as a meeting place for beverage specialists from all corners of the globe. Staying in touch with the international bar community is extremely important for master blenders and distillers, he says. “The BCB makes that possible while also providing me with creative packaging and branding ideas.”

“If you want to stay abreast of market trends, BCB is the place to be”, says Brian Kassim Owango, himself a trendsetter. He created Aqueous, the first mobile bar & cocktail service in Kenya. He also just opened The Special Place, poised to be Kenya’s first supplier of boutique wines & spirits from all over the world. “BCB was partly responsible for the inspiration to create this company”, says Owango. “It was the first time I’d truly seen all the smaller players owning real space on the global scene. It is those same players that I will be bringing to Africa.” Exchanging information with industry experts is at the top of Owanga’s BCB highlights list: “The Distill Ventures workshops, for example, were brilliant. I think for a young entrepreneur starting up something new in a far away continent, being there was certainly calming.”

“Visiting the BCB was a valuable and fascinating experience for me”, says Beijing-based bartender Sunny Sun (picture left). She currently works at the Lighthouse in the Mercedes me building; before that, she served drinks alongside Warren Pang (picture centre) at Janes + Hooch and the d lounge. Sun considers herself a bartender in the learning phase. The BCB, she says, was an enrichment that “absolutely made the ten hours of flight time worthwhile.” During her 2016 visit, Sun was impressed by all the exciting new beverage brands and products. But there’s something more: “I see the BCB as having its very own culture shaped by the enthusiasm of all participants. I was fascinated by that.” Sun is certain: she’ll be here again in October.

“To me, the Bar Convent Berlin is the best learning platform anywhere”, says Ksenia Yashchuk, a bartender at the Klumba in Minsk. She first visited the BCB in 2016 and was thrilled by the atmosphere. “I met interesting people, discovered new brands and tasted great drinks”, she still raves. That said, Yashchuk thought the extensive seminar programme was the best part of the BCB. “I’m always looking for new bar know-how. And attending BCB was an incredibly enriching and informative experience for me.”

About the Bar Convent Berlin

Since its founding in 2007, the Bar Convent Berlin has emerged as one of the leading international trade shows for the bar and beverage industry. Every year, the who’s who of the German and European bar and beverage industry meet in Berlin for two days to establish new contacts, catch up on the latest product innovations and attend education seminars. Launched in 2013, Brew Berlin adds a beer-in-bars platform to the Bar Convent Berlin. The Coffee Convent Berlin, which made its debut in 2017, puts the focus on coffee in bars. The Bar Convent Berlin was created by the bar and beverage experts Helmut Adam, Jens Hasenbein and Bastian Heuser. Reed Exhibitions, a leading international trade fair organiser, got on board in 2015. In 2017, the trade show will take place at Station Berlin on 10 and 11 October. About 10,000 trade visitors are expected to attend.