Mixing GlassProduct of the Month

It is simple to enjoy the perfect Paloma. In addition to a good blanco tequila of your choice, you will need the Three Cents Pink Grapefruit Soda. Three Cents is well-known in the market for being a company founded by “bar-people”, whose plan was to create great cocktail sodas. The success of the company is so great that it is now counted among the top of Europe, constantly expanding and enriching its flavors.

The company recently revealed the Barro Negro in Athens as the first “Paloma Embassy by Three Cents”. This is no coincidence since George Bagos – for those who do not know him, he is one of the founders and owners – initially has the experience and love for agave products in his resume. On the other hand, Three Cents Pink Grapefruit Soda is the ultimate ingredient for the real Paloma cocktail. Pink Grapefruit Soda, of course, is not just for mixing in cocktails, as it is often offered cool or on the rocks in various businesses, after all, it’s a soda.

Pink Grapefruit Soda offers the aroma and taste of grapefruit in every cocktail, as it is made from sparkling water and pink grapefruits. On the positive side, it is gluten-free and ideal for vegans. Available in 200ml bottle in selected outlets. 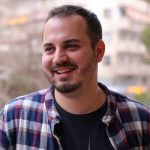 Nicola Radisis is the Publisher of Beer & Bar Magazine. Former bartender and publican, he found BeerBartender in 2012. He works as a beer consultant, is an experienced public speaker, participates as a judge in beer and bartending competitions and writes articles about anything related to the industry. He is a member of the British Guild of Beer Writers.

Gourd as an aging tool at bars