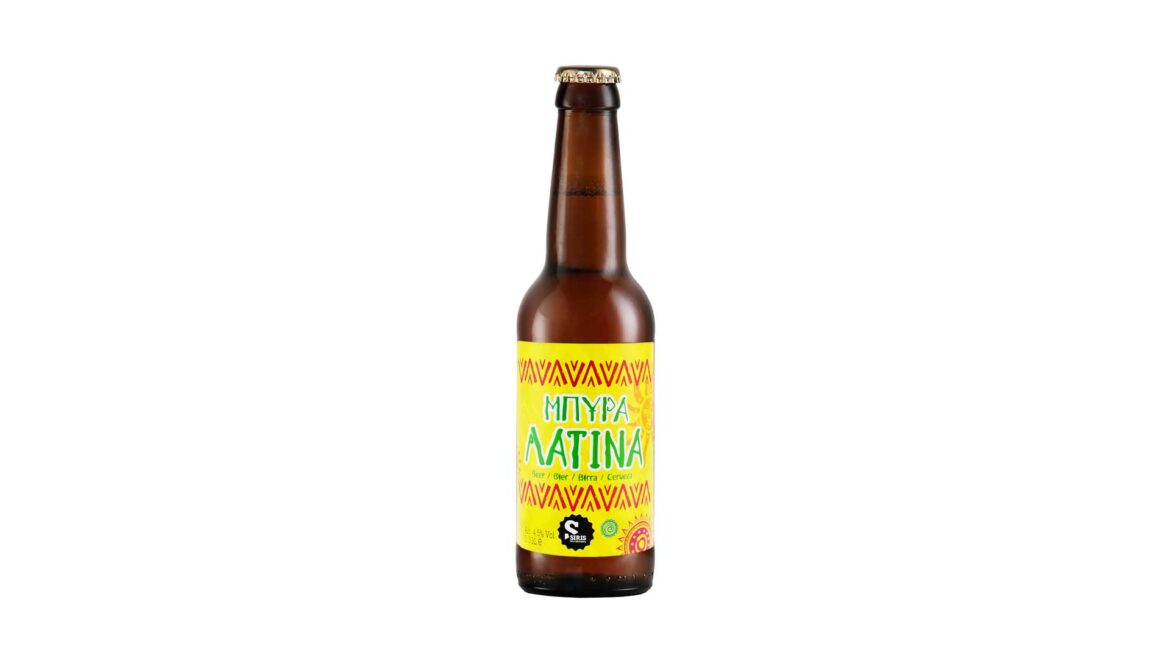 LATINA beer brings a summery and thirst quench mood to the glass. It could be a pure summer beer, but I do not classify it in the category of Summer Beers, since it is a beer that can be consumed easily and quickly if not all year round, definitely on every hot day and not just in summer.

The first production of LATINA beer was at the end of 2019. It intends to travel us to Latin America, as it states that the region is its inspiration. However, without having any feature of the area, since it does not contain any flavor additives such as tequila, for us Greeks it is a pleasantly thirsty beer. For more northern peoples it could have this exotic character, since grapefruit is a citrus that is not growing in their countries, on the other hand in our southern European, northern Mediterranean country it is.

In our glass we have a golden-blond beer with white foam of long duration, with moderate density. On the nose, LATINA gives us malt, notes of honey and hops, citrus aromas with grapefruit standing out. Likewise in the mouth, grapefruit is the one that gives the delicate bitterness, although the beer can be considered sweet due to the malt that refers to roasted nuts and bread. The beer has enough acidity and light body. Alcohol is noticeable and intense. The aftertaste, moderate in intensity and short in duration, leaves a dry mouth.

LATINA is a thirst quench beer for hot days, which we can enjoy even on colder days. Fits in a bar. Recommended at 4οC and in a pint glass. Do not be tempted to include it in the bottom-fermented and summer lagers. It is a top-fermented beer. The beer is available in 300ml bottle from the Siris Microbrewery in Northern Greece.