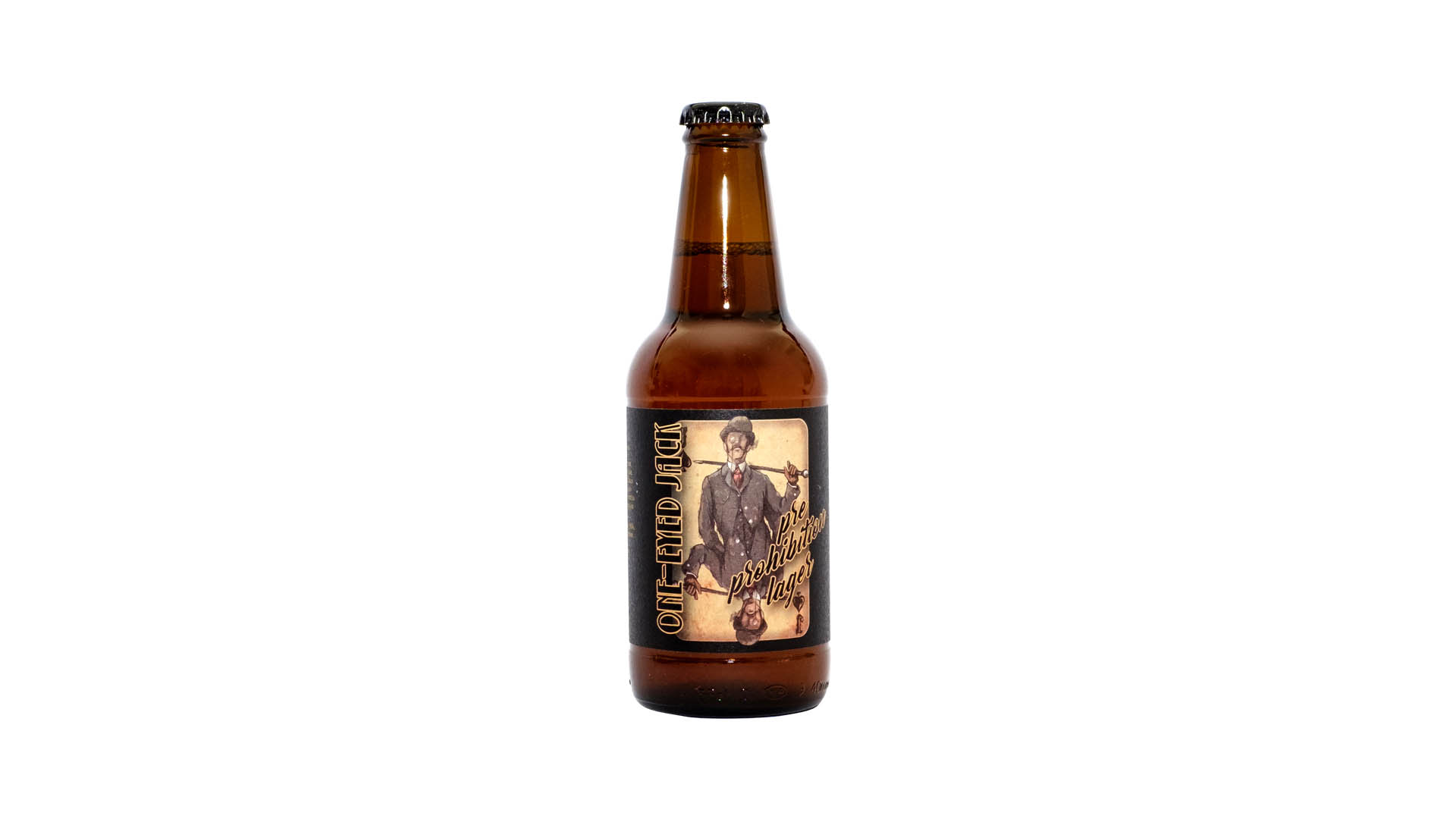 A very special gentleman is this time in our glass. Posh and polite, Mr. Jack, is an excellent choice for those who want to try another bottom fermented beer. One-Eyed Jack, is a new beer at the market, with great prospects for the future.

It all began in 2013 in Exarchia, Athens, with some experimental home brewery recipes. The months have passed and tests have shown which one will be the appropriate recipe. The next step was made and the Pre-Prohibition Lager beer is ready for consumers as “One-Eyed Jack”. One-Eyed Jack won the impressions at this year’s Greek Beer Awards, with judges sharing their thoughts that it is a bold move for a brewery to produce a Pre-Prohibition Lager in developing brewing industry, where the production of IPAs and Sours is having the lead. “Bitter, light, with a delicate finish, refreshing, with a light hops feeling. Very good work!” were the judges comments as they tasted it.

According to the brewery, it is a modern version of Classic American Pilsner, the real Lager as it was before the prohibition in the U.S. Its bitterness is measured at 31 IBUs. Served cold, between 6-8oC. In the glass, the foam is beige with moderate length and quite dense. The color is dark blond, malt flavors and tastes, hops, medium body and refreshing aftertaste. I recommend it for both bars and restaurants, always at the ideal temperature and offered with a glass.

Midnight Circus Gypsy Brewing started its “show” with two labels in 2018 and soon added a third. Its distinction at the 3rd Greek Beer Awards and the 6th BeerBartender Awards in various categories is a pleasant surprise for both its people and lots of us. This could be a proof about their right and methodical way of working leading to a quality result in the bottle. The love for this circus has just begun!