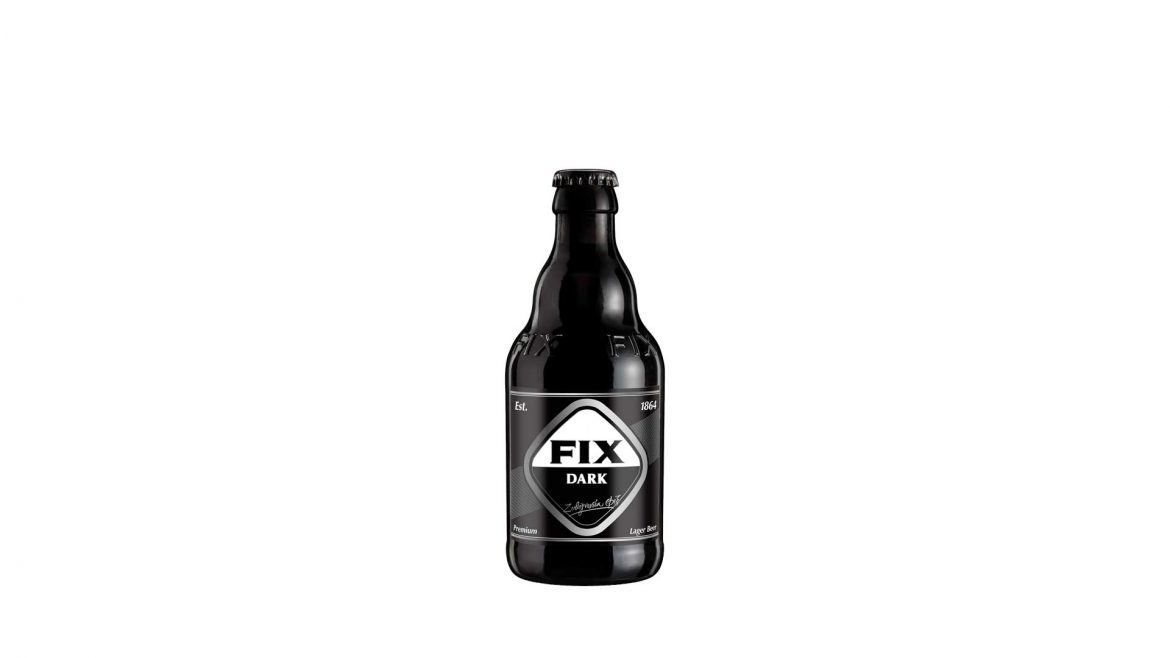 The Olympic Brewery presented in 2012 the dark version of the famous FIX. Fix Dark was introduced to the Greek market through TV spots featuring a black hen. The truth is that this move for others was bold for a brewery for others it had to be done. Personally, I would say that I expected it earlier.

Fix Dark belongs to the Dark Lager style. It is produced in Ritsona of Evoia by Olympic Brewery. The story states that the specific label was produced by Fix Brewery, for the period of the Thessaloniki International Fair and was offered during it, with visitors honoring it at the brewery stand. In modern times the label has mentioned “limited edition” which we no longer find after the last rebranding.

Dark beer with red highlights and dense, beige, long-lasting foam. Fix Dark is distinguished for its aromas of roasted nuts such as hazelnut and peanut. The banana is distinguished in a ripe phase and as dried, like the one offered in nuts. The aromas are dominated by caramel, brown baked sugar and bitter chocolate. Most thanks to the roasted malts used. There is not much deviation from the nose in the mouth. The presence of bitter chocolate and caramel is more intense. The aftertaste is bittersweet, short, caramelized and without much intensity. I would include it in the introductory beers for those who want to get to know the dark side of beers.

I would recommend it for meats, cold cuts and cheeses. Fix Dark is also a good choice for cooking for sauces and marinades. It can be included in bar and restaurant list.

In 2013, it was awarded the iTQi Senior Taste Award. In 2019 Fix Dark has received the gold medal at the Greek Beer Awards in the Dark Lager category. Available in a traditional non-returnable 330ml bottle, in metal recyclable 330ml can.